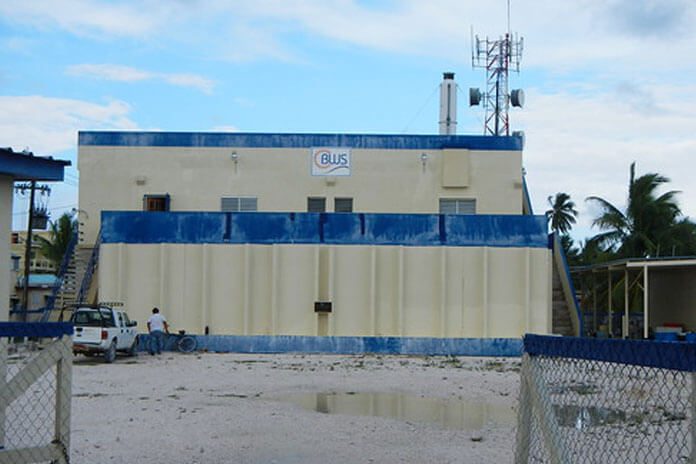 BELIZE CITY, Mon. Dec. 30, 2019– Thousands of residents on the island of Caye Caulker are without water and electricity, and as a consequence of the twin woes on the island many tourists have interrupted their vacation and are leaving the island in droves, according to a report in the San Pedro Sun.

The problem generator resulted in BEL having to shed load during peak hours. BEL said that the demand for power on Caye Caulker has increased.

In order to address the emergency water situation that has arisen due to the broken shaft, BWS dispatched some water trucks with a capacity of 12,000 gallons on barges, which the company rationed to customers in coordination with the Village Council.

BWS then dispatched a team of technicians to the island to install a customized shaft to get the water running again. There are, however, many people on the island who are still without running water.

In their press release, BWS explained that on December 24, they replaced the drive shaft which has been operating for the past eight years. A new shaft has been ordered from the United States and it is expected that it will be shipped this week.

The Caye Caulker Tourism Industry Association has noted that Caye Caulker has been left without water and electricity during some peak tourism times in 2018 and 2019.