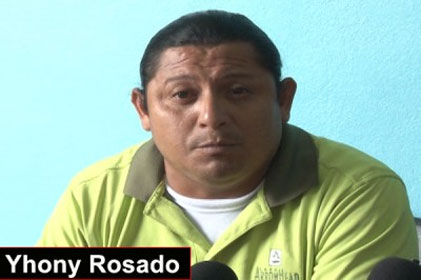 BELIZE CITY, Mon. Nov. 28, 2016–A number of local cruise tour operators in Belize City have reported a staggering blow to their earnings over the past week.

According to tour operators, they have already lost an estimated sixty to seventy-five percent in their incomes since last week when the Norwegian Cruise Line began to dock south on Harvest Caye instead of the Fort George Tourism Village in Belize City.

In a press conference held on Thursday, operators alleged that the cruise line had previously indicated that only their new ships would dock on the island, while others would continue to dock at the Tourism Village as per usual.

However, that has not been the case and local tour operators have been unable to access the island and are restricted from interacting with tourists.

“They are no longer coming to Belize. They are going to Alcatraz Island. It’s an island for tourists and [not] for Belizeans; it’s an Alcatraz island; you cannot go there. If you go there, you will come out in a body bag,” said Yoni Rosado of Cavetubing.com.

His sentiments were strongly echoed by David Almendarez of Cave Tubing R Us, who said, “Never in Belize me, David Almendarez, a red-blooded man, have ever been denied access to anywhere in my country until Harvest Caye come there.”

He continued, “If you want to go to Harvest Caye, go to the US Embassy and apply for a visa, like my friend Yoni said. Apply for your visa, go to Houston and get on a boat and that’s the only way you will see Harvest Caye. You invest million, billions, whatever dollars you invest, and you have absolutely no respect to invite the people that live in the country to see what you’ve built, because it’s Alcatraz. It’s designed to keep us out.”

Almendarez further told the media that local tour operators have been totally excluded from the revenue-making opportunities resulting from the docking of Norwegian Cruise Line at Harvest Caye,

“They have totally cut out the local tour operator. The only way you could get money from Harvest Caye is if you become a slave and go work for them big tour operators,” he explained.

According to him, the Norwegian Cruise Line has not been truthful to its passengers in its marketing material.

“Our resolution is that we want fair and open access to Harvest Caye. We want when our customers book with us, they have access to get to us. Let them out of Alcatraz, because we are getting bookings from you all and we are getting booking from people that are coming from your ship who want our services, who do not like your services and if we can’t find a way to get our business out of it, we will have a problem, NCL,” Almendarez said.

“We have trouble in the tourism industry right now. This is big trouble. This is not small trouble, because if we can’t get our guests out of Harvest Caye who were booking with us for years and years, and Alcatraz thinks they will come here and make money, we will have trouble and it will not be David Almendarez trouble; it will be 40-plus operators who are getting bookings,” Almendarez warned.

According to the local tour operators, they want government’s help in addressing their concerns.