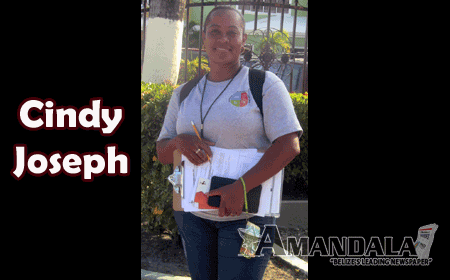 BELIZE CITY, Thurs. Apr. 7, 2016–On Monday, April 4, 2016, the Statistical Institute of Belize (SIB) launched a new survey, aimed at gathering business data through its new business establishment survey of over 4,000 establishments and enterprises across the country, out of an estimated 16,000.

The last attempt at a Business Establishment Survey was in 2008 which did not yield the desired results for various reasons, the SIB said.

“It is believed that the BES will result in a more robust calculation of the GDP which will reflect more accurately the true state of the economy of Belize. It will lend to more informed policy and decision making for the government, private sector and other stakeholders,” said the SIB in a statement provided to us.

The survey questionnaire is broken up into 5 modules with the target industries being agriculture, mining and electricity, construction, trade, tourism, manufacture, real estate, and general/services.

Marilyn Pinelo-Lee, Economic Statistics Manager at the SIB, told us that the survey has two major objectives. The first one is to strengthen the GDP estimate. The GDP can be calculated in two ways: how it is usually done in Belize, using production data, or through a more robust and structured approach involving the use of information on the financial flows of businesses. As expected, some businesses are hesitant to provide the information, and the problem has already been encountered with one of the merchant groups in Belize – some Asians in southern Belize. Others have asked what’s in it for them. 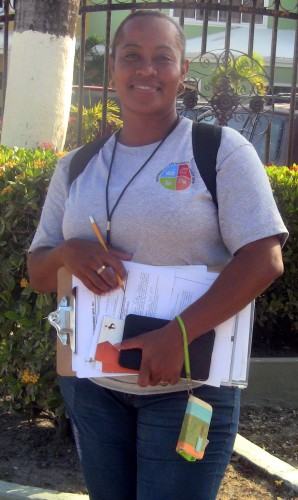 “What we are seeking is some of the revenue and expenditure information,” said Pinelo-Lee, indicating that all temporary and permanent staff of the SIB are sworn to secrecy.

The survey, she said, would provide a master frame for other business-related surveys in Belize.

Pinelo-Lee said that they hope to at least complete 60% of the survey, which is financed mostly by the Central Bank of Belize, with counterpart financing from the SIB.

The business establishment survey was last attempted about 8 years ago, but according to the SIB, it did not yield the desired results.

“This is the first time in over eight years that this survey is being carried out, and it is expected that the BES will be done on a regular basis as one of the Institute’s core survey activities,” the SIB said.

According to Pinelo, the hope is that the survey could be conducted every other year, as it is “too expensive to do annually – but a decision to hold regular surveys will be contingent on the success of this one.

According to information provided by the SIB, the survey is being carried out using 7 teams, and each team consists of 4 interviewers, 1 field supervisor and 1 driver. In all, about 50 people have been dispatched for the survey across municipalities.

We caught up with Cindy Joseph, an interviewer, and her team at the Best Western Belize Biltmore Plaza on Wednesday. She had been conducting surveys in the area and left with her team shortly after allowing us to take a snapshot of her on the job and informing us that she had been tasked to complete 10 surveys for the day.

Joseph and the survey teams are scheduled to conduct interviews until April 22. Follow-up will take place from April 25 to June, over an 8-week period and preliminary results are due to be published on June 29. Pinelo-Lee told us that they hope to release the final results on November 30, 2016, when the SIB plans to host its last survey for 2016.