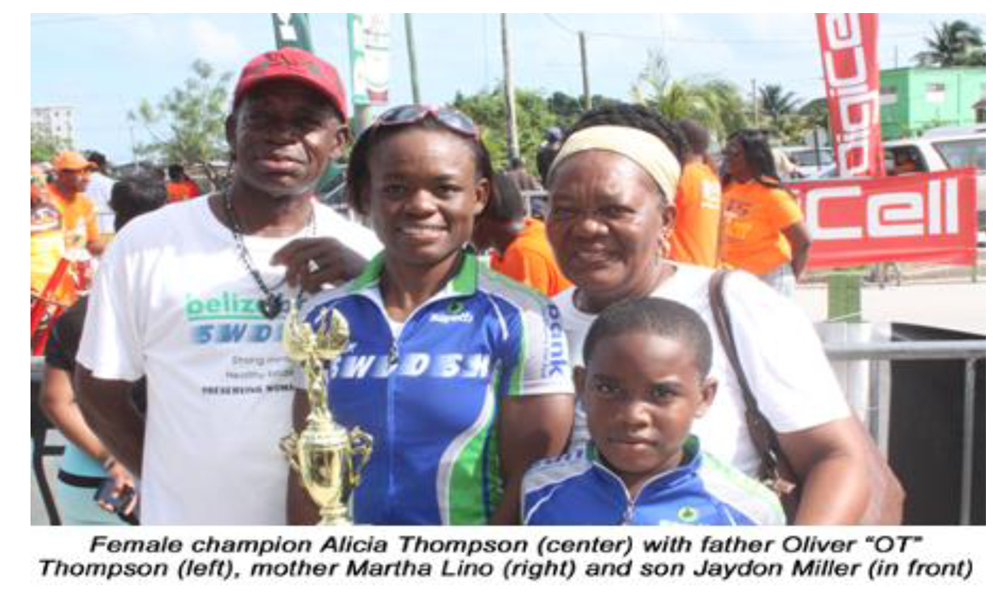 Photo: In the Amandala file picture above, Alicia returned after a 9-year drought to capture the 2015 Krem New Year’s Day Female Classic championship.

With the days winding down to the Krem New Year’s Day Cycling Classic 2023, speculation among cycling fans and enthusiasts surrounds the question whether the newly elected first-time female president of the Cycling Federation of Belize (CFB) and 6-time Krem Classic Female Champion, Alicia Thompson will be riding this time. Alicia is the woman with the most Krem Classic championships to date, followed by Shalini Zabaneh with 5 wins. Shalini retired a few years ago, and is now goalkeeper for NAWL football champions Sagitun Girlz. Alicia confirmed this morning with Amandala Sports desk that she will NOT be riding in the upcoming Krem Classic.

One does not have to play a particular sport to become a good administrator in it, but it does add some flavour and insight to the leadership when they can also boast of experience at the highest levels of competition, and the current CFB executive can certainly boast of such. In fact, Ms. Alicia Thompson, the new CFB president, won six Krem Classic championships, including four consecutive, over a period from 2006 to 2020 (2006, 2015, 2016, 2017, 2018, 2020), including the current record of 2:43:30 in 2018, a feat not likely to be surpassed any time soon, and she is also the first female president of any major sports federation in Belize. She is also a two-time Women Cross Country champion in 2015 and 2017.

Alicia will not be on the bike to start the new year, but as CFB president she will surely be “riding” with all the cyclists, young women and men, vying for the Krem Classic championship on New Year’s Day 2023.