Winston Dennison, 55, guilty of 3 counts of carnal knowledge of minor, 14 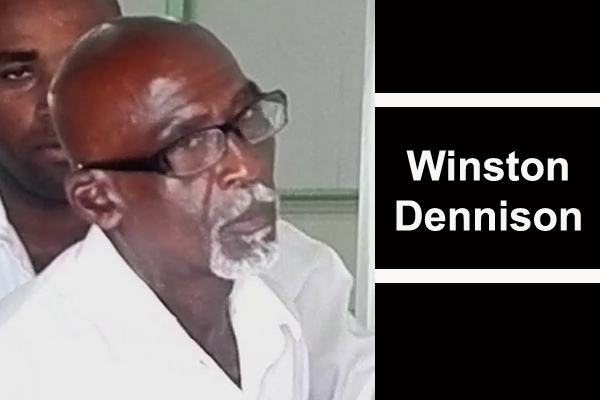 Dennison told his victim:  “You are the only woman for me!”

Today, Winston Dennison, 55, was found guilty on all three counts of carnal knowledge after it was alleged that he had engaged in sexual intercourse with a minor on three different occasions.

In the trial, part of which was held en camera, the victim, who was 14 years and 9 months at the time, testified that while at Dennison’s house, sometime between April 8 and 30 of 2010, Dennison propositioned her for sex. He allegedly told the victim, “Please, I am nothing without you. You know how hard it is to be around someone you love and cannot touch them?”

After hearing his “love pleas”, she told the court she got “vexed” and agreed to it. She further stated that Dennison then took off her clothes, his clothes, performed oral sex on her, and proceeded to have sexual intercourse with her.

After they had sex, they both went to sleep on the bed.

The victim continued that on August 22, 2010, Dennison again came to her requesting sex. This time, he told her: “You are the only woman for me! Only you can satisfy me!” Dennison used the same methods of sex as he did on the first occasion, and it was again repeated two days later on August 24, 2010.

A total of six witnesses, including Dr. Mauricio Navarette, were called by the Crown, which was represented by Thalia-Megan Francis. Navarette was the doctor who examined the victim and certified that she was carnally known.

After the Crown closed their case, Dennnison initially chose to remain silent. But after it was explained to him that it wouldn’t be in his best interest to do so since he was not being represented by an attorney, he opted to give a dock statement.

In his dock statement, Dennison said a lot, but said very little. He went on and on about things he had done and at one point shed tears as he addressed the jury. But most of what he said did not concern what he did on the dates he was accused of having sexual intercourse with the minor.

But he did say that “I never had sex with her. I never touched her. I am a good man and did many good things for my family and children.”

The trial was not without its share of drama, as a young female, who is actually related to the accused, jumped up in court and blurted out that he had “fingered me and I saw him with an erect penis.”

In the end, the 9-member jury didn’t believe Dennison, and after deliberating for 3 hours and 20 minutes, they returned unanimous guilty verdicts on all three counts of carnal knowledge.

Interestingly, when the incidents occurred, Dennison was out on parole after being sentenced to 25 years for a manslaughter conviction on January 10, 2000.

Dennison had spent a total of 10 years in prison before being released. But what has left court observers stunned is how is it that after being charged for the three counts of carnal knowledge, Dennison was released on bail. Normally, when someone is charged with a crime while on parole, they would immediately be returned to prison to finish out their sentence.

Dennison will return to court on Friday, December 21, when mitigations will be heard, after which he will be sentenced.