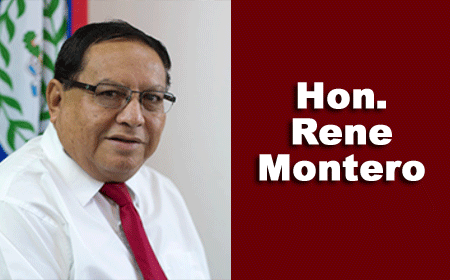 The Ministry paid more than 5 times the going rate for certain vehicle parts, and Audit is uncertain whether the vast majority of items bought from the unregistered company were ever lodged with the ministry, or whether they were siphoned off

BELIZE CITY, Thurs. Aug. 17, 2017–There have been five outstanding audits of the Government of Belize, but that will be reduced to four when the 2012-2013 annual report of the Auditor General of Belize is tabled at a special meeting of the House of Representatives this Friday. Since parliamentarians began receiving their papers last week, the questionable relationship which the Ministry of Works had with two companies — Special Effects and Special Effects Performance — has come to light.

According to the report of Auditor General Dorothy Ann Smith-Bradley, the Government, which should be spending public funds with a view of obtaining value for money, lost well over a million dollars under the arrangement it had with those companies.

The report lists several examples of items which the Ministry of Works bought at what were evidently excessively higher prices than the going rate for items of similar quality from competitors: a set of 4 tires which could be obtained from a competitor for $5,872.72 being purchased for over $2,000 more from Special Effects, and a pair of inner tie rod ends (Wingle) which could have been purchased from a competitor for $42.75 being purchased from Special Effects for $220.50 – more than five times the price.

There is much speculation over why a Government ministry would have such a special arrangement with a private company (in the case of Special Effects, an unregistered company, according to the Auditor General’s report), and whether some influential government official or officials were privately benefiting from the arrangement.
The report names Hamed Rahmani Mehdi Abadi as the owner of Special Effects Performance. The company, established in 2011 and located on Constitution Drive in Belmopan, is listed in the phone directory, so we called to speak with Mr. Abadi, but we were told that he is currently out of the country and won’t be back for a few weeks.

Financial Secretary Joseph Waight told Amandala today that based on the disclosures in the audit, there were clear violations. For the Ministry of Works to have maintained a line of credit with Special Effects, said the Financial Secretary, was wrong, as there is no provision for a supplier to give a line of credit to the Government, and Government ought not to be tied to a supplier.

“We kept hearing rumors that there is a lot of business going that way, especially when it comes to supplying stores [goods, supplies and stocks] to the Ministry of Works, but we did not know it was to that extent,” said Waight.

We asked if the relationship with Special Effects has continued, but Waight told us that, at least based on what he knows of the arrangement, it has stopped, and he believes the ministry is following the process more carefully now through the use of proper quotations and bids.

According to Waight, the arrangement was ended 2-3 years ago when it first came to light following rumors which emerged after a change in senior rank at the Ministry of Works.

The Audit Department did a routine inspection of the accounting records and associated documents for contracts with the Ministry of Works for the period 2009-2013. The United Democratic Party administration came to power in 2008 and was re-elected to power in March 2012. Anthony “Boots” Martinez was the Minister of Works for the former period, but Rene Montero assumed the portfolio in March 2012.

The examples of expensive purchases quoted in the Auditor General’s report spanned July 2012 to September 2013, although other purchases could have been made from Special Effects before and after that period.

The Auditor General’s report makes the point that out of the $5.7 million which the Ministry of Works spent on materials and supplies during that period, nearly a quarter of the pie went to Special Effects – a total of $1.7 million.

However, it notes that a whopping $830,301.59 in contracted tires was not seen as taken on inventory charge and another $163,337.36 in payables were also not taken on charge, which means that there is uncertainty on the part of the auditors over whether those purchased items were actually received by the ministry and recorded as government property. This accounts for 84% of the losses cited from this arrangement, or just under a million dollars.

Over $30,000 was reportedly lost due to the Ministry paying multiple times for the same purchase. Price differences accounted for roughly $160,000 in estimated losses.

There were cases where contracts were entered into with the company without the requisite approval of the Financial Secretary and the Accountant General, the report notes, adding that there were times when contracts were signed and payment for the contracts made on the same day.

The Financial Secretary told us that he has been perusing his copy of the Auditor General’s 2012/2013 report and the supporting papers, and “certain things are concerning.” He said that the Ministry of Finance has to follow the recommendations and concurred that “in some cases, things really went off-track,” citing cases of the procurement of certain supplies by the Ministry of Works.

The Financial Secretary told us that they are soon to establish a procurement unit and update procurement law to ensure more competitive bidding, especially when it comes to supplies, with the view that they get better value for money. The Inter-American Development Bank is supporting the initiative to help the Government bring its legal regime into the 21st century, said Waight.

The Audit also delved into financing from the Ministry of Education for study by Belizeans, noting some cases of inequity and questionable grants to certain recipients.

Waight, who concurred that things appear to be “ad hoc,” said that, “The education matter has always been an issue, and we have set up a policy where government support is based on need, merit and development priorities, and we to try to make it as transparent as possible to remove the discretion out of the picture.”
He said that, “We value the advice of the Audit Department and them pointing out the deficiencies, and we have to move to fix them.”

One persistent problem cited early on in the Auditor General’s report is the problem with the reconciliation with Government bank accounts. The report notes that “most bank accounts, along with other Government of Belize accounts management by the Accountant General, were not reconciled. These accounts have not been reconciled for a number of years.”

The report also points to “significant discrepancies” in figures. The Auditor General expressed the opinion that the financial statements of the Government do not give a true and fair picture of the Government’s financial position as of March 2013.

Former Minister of Finance Said Musa, Freetown area representative of the Opposition People’s United Party (PUP), told Amandala that what he has seen is more of the same, but what he finds to be blatant, which he has never seen before, is the special arrangement between the Ministry of Works and Special Effects.

According to Musa, “…they were overpricing their goods” and monies were lost on materials and supplies by the Ministry of Works at an unprecedented scale.

It would be under the purview of the Public Accounts Committee (PAC — a standing committee of the House of Representatives) to receive and review the audit reports. Musa said that another blatant lacuna in the operations of the Government is the fact that the PAC is non-functioning.

PAC chairman, Cayo South area representative Julius Espat, of the Opposition PUP, told Amandala that he has received and reviewed several pages of the report. He said that it is a sad representation, based on what the audit found for only three government ministries, a government department and a statutory body for one year.

“It is not even an analysis of the entire public service, and it is 5 years old,” said Espat.

“The problematic issues aren’t the specific cases [like Special Effects]. Where we are going wrong is that [they] are handling the people’s money unlawfully and illegally… Special Effects jumps out at you because of the quantum,” Espat said, later adding that he does intend to address the audit at Friday’s House meeting, if given the chance.

Espat pointed out that it has now been a year since he was unceremoniously ejected from the National Assembly, just before he intended to make a public statement on the matter of the Special Audits into the Immigration Department’s issuance of Belizean visas, passports and nationality.

“We will see if they will allow me to speak on this one,” he said.