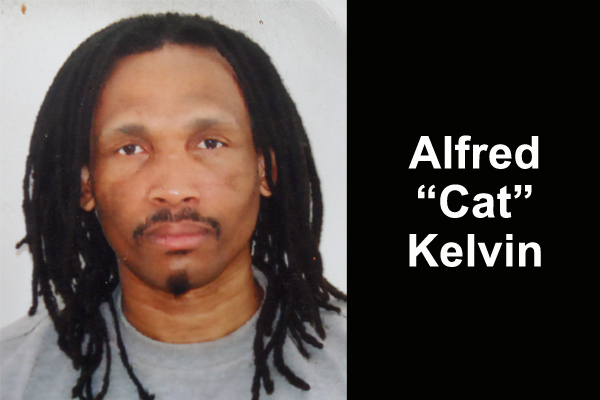 His killer shot him in the eye

Alfred “Cat” Kelvin, 49, of the San Juan area of San Pedro, died after he was shot in the head by an unknown shooter while he was walking on Seaweed Street, going towards Camiste Street in the San Juan area in San Pedro at about 1:30 Saturday morning.

Superintendent Luis Castellanos, Commander of San Pedro police, said that police were on patrol in the area when they were alerted by the sound of a gunshot, and when they went to an area on Seaweed Street at its intersection with Sandpiper Street (in the direction of Camiste Street), they saw the body of a dark-complexioned man lying on the ground.

The man had been shot in the right eye, and he was taken to the San Pedro Polyclinic, where he was declared dead on arrival, and later identified as Alfred “Cat” Kelvin.

Kelvin’s aunt, Glenda Coleman, said that she received a text message from San Pedro at about 2:30 Saturday morning informing her that Kelvin had been shot to death. She said that right away, she became weak and began calling relatives.

Coleman said that she went to the Karl Heusner Memorial Hospital’s (KHMH) morgue today, where she saw Kelvin’s father, whom she had not seen for years. When they saw the body, they both burst into tears, she said. According to Coleman, Kelvin migrated to the United States in early 1990, and came back about three years ago. On his return, he went to San Pedro to live, and took up wood carving as his profession.

Coleman said that he had run-ins with the law, hence the name “Cat” was given to him. There were only two children born to her deceased sister — Alfred and his sister, and that sister had also died.

Kelvin’s father will be transporting his remains to Corozal for burial after a post-mortem is conducted on the body, scheduled for Wednesday at the KHMH.

Commander Castellanos said that so far, Kelvin’s assailant and the motive for the shooting are unknown, and police are seeking the assistance of the public to solve the murder.

Anyone with information that could assist in the investigation is urged to contact the San Pedro police at 206-2022, or the nearest police station, or 911.

Alfred Kelvin is the fourth person to lose his life to gun violence in San Pedro since the year began. Michael Wallace, 24, of the San Juan layout, was shot and killed during an armed robbery on Sandpiper Street on January 20, at about 10:30 p.m.