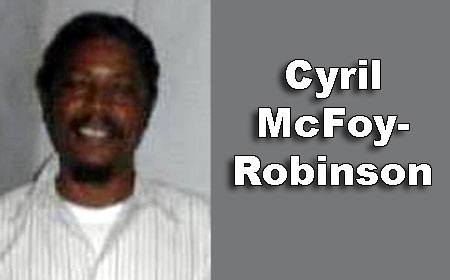 BELIZE CITY–A man was shot dead and another was injured on Wednesday afternoon at about 2:45 when a gunman entered a yard at a house at the corner of Euphrates Avenue and Dean Street and opened fire at a group of men playing dominoes.

Cyril McFoy Robinson, 56, died after being shot in the head, and Shawn Cherrington, 45, was shot in the leg.

Unofficial reports to Amandala are that another man – a reputed George Street gang figure who is the son of Robinson — was the target, but he escaped unhurt after the men scrambled for cover.  The killer then escaped.

Reports are that a car drove down Dean Street and turned into Amara Avenue. It stopped and a man came out and made his way into the yard along the fence, from Dean Street. The shooter began firing at the reputed George Street gang figure in the group. There was confusion as the men scrambled to avoid the gunfire.

Robinson was declared dead on arrival at the Karl Heusner Memorial Hospital, and Cherrington was taken to the Intensive Care Unit, where doctors worked on his injuries.

Police carried out a search of the area, but could not locate the shooter or the car. Police said that the motive for the shooting is as yet unknown.

On the night of July 13 this year, two killers were chasing and shooting after a man who managed to get away from them. In frustration, the gunmen shot at a group of men who were under a house playing dominoes. The men took cover on the ground, but one of the gunmen went under the house and cold-bloodedly shot one of the men in the head, just because his original target had escaped.