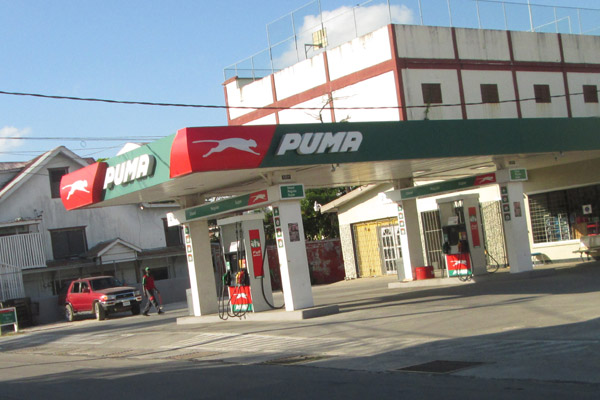 The Freetown Road Puma Gas Station was robbed by two thieves who got away with $248. No one was hurt and no shots were fired.

The incident occurred about 10:30 last Friday morning. Norris Santos, 28, a gas attendant at the station, told police that while at his workplace, two men rode up to the gas station on separate bicycles. One of the men, who was armed with a 9mm pistol, pointed the gun at him and demanded money.

Santos told Amandala that he saw the two men coming. They hesitated by a parked vehicle in the compound, then one of them lifted up his shirt and took out a big gun.

The gunman pointed the gun at the two attendants, and the second robber came to him, Santos, and told him, “Bway, gimme di money!”

Santos told us that at the time, he wanted to run, but feared endangering the lives of his fellow workers.

So, he handed over his money bag, which contained about $240. The thieves also reportedly took $8.00 from his co-worker.

The two robbers then rode away towards Fuller’s Alley and escaped.