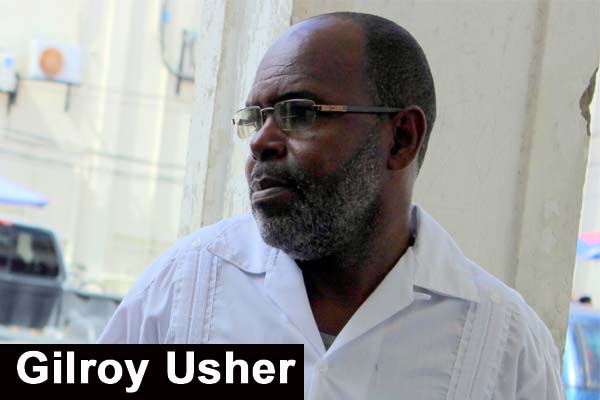 Gilroy Usher, 56, the People’s United Party standard bearer for the Port Loyola Division and owner of Monica’s Pawn Shop, located on Central American Boulevard, today appeared in the Magistrate’s Court to answer to a charge of harm upon his wife, Magdalena Usher, 51.

Although most of the details of the incident are unknown, what has been reported is that on Monday at the couple’s home at #7739 Madam Liz Avenue, Mrs. Usher was reportedly harmed with a pint bottle, and she made a report to police.

Usher pleaded not guilty to the charge and was offered and met bail of $900 with one surety of the same amount. He was ordered to attend a Batterer’s Intervention Program at the Women’s Department. He was also ordered to not interfere with his wife, and he must reside at his daughter’s residence at #5612 Lizarraga Avenue.

Usher then addressed the court and said that there was a mix-up at the police station and that the matter will be withdrawn at the next adjournment. According to him, it was a procedural matter and when he and his wife were at the police station, they were informed that it would be too late for her to withdraw the charge, hence his presence at court.

Usher also told the court that he made that clarification for the benefit of the reporters who were present at his arraignment.

Usher is scheduled to appear back in court on September 25, 2013.