Three immigrants before the court 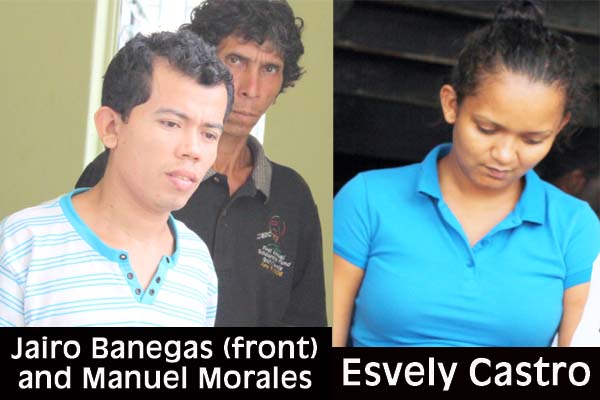 Esvely Castro, a 26-year-old Honduran national, was fined $1,000 plus $5.00 cost of court after she pleaded guilty to the offense of failure to comply with a visitor’s permit.

Castro legally entered Belize on December 17, 2013 and was granted stay in the country until April 14, 2013, but she never left the country. She was ordered to pay $50 to the Immigration Department for each of the three months during which she overstayed in Belize.

The $1,000 fine and the cost of court were to be paid forthwith. Castro was able to make her payments before midday today and was released into the custody of the Immigration Department, where she will remain until she pays her fees for her overstay.

The Immigration officers informed the court that Castro will be granted legal immigration status in the country after she makes the $150 payment for her overstay.

Castro was found at Mile 4 on the Philip Goldson Highway on July 5, 2013. She was a passenger inside a vehicle that was searched, but was unable to produce travel documents when asked to do so.

The other two immigrants who appeared in court today were Honduran national Jairo Banegas, 24, and Salvadoran national Manuel Morales, 51. Both men agreed that they were in the country illegally after the facts of the matter were read before them in court.

They were deemed prohibited immigrants and a removal order for them to be extradited was issued by the court. The men have been remanded at the Belize Central Prison until they are sent back to their home country.

Banegas and Morales were picked up by police officers on July 5, 2013 at a park in Belize City.