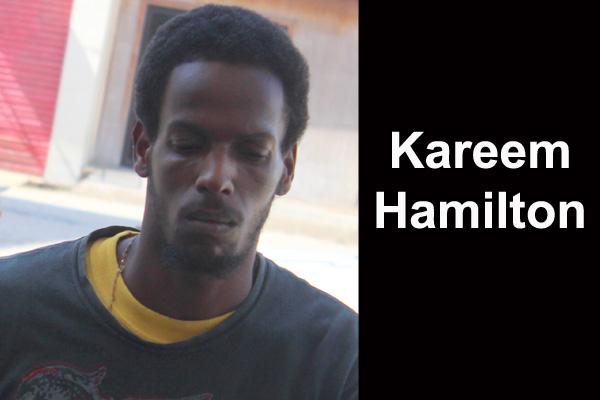 For his crime against a 15-year-old student with disabilities, Hamilton was given 4 years

Kareem Hamilton, 26, shocked a packed courtroom this afternoon when he changed his not guilty plea to guilty even before a jury was selected to hear his trial.

Hamilton was accused of committing an unnatural act against a male minor, 15 at the time, who is also a student with disabilities.

According to the facts of the case which were read out after Hamilton changed his plea, on April 28, 2011, Hamilton, who was 24 at the time, told the child that he had something for him and later that evening, the child went to his house, located on Morter’s Lane.

In May, 2011, the child was taken to see a doctor, who examined him and confirmed that he had been carnally known. A while after the examination confirmed what had happened to the boy, the child and his stepmother saw Hamilton while walking on Albert Street, and the boy pointed him out to his stepmother.

The following month, June, Hamilton was detained by police and an identification parade was conducted, in which the child positively picked him out of the lineup. The child was also able to pick out Hamilton because he was no stranger to the family, and the child had known him since he was 10 years old.

After hearing the facts of the case, Hamilton told the court that he had nothing to say concerning the vile act he had committed upon the child.

Before handing down the sentence, Justice John “Troadio” Gonzalez told Hamilton, “You are not contrite in heart; you have not said sorry for what you did to that student.”

The maximum sentence for this crime is ten years, but because Hamilton pleaded guilty, the court took that into consideration. What was also taken into consideration was that this was Hamilton’s first offense, and he had already been remanded for two years since his arraignment.

After considering all these factors, Justice Gonzalez sentenced Hamilton to 4 years in prison, which takes effect today, May 14.