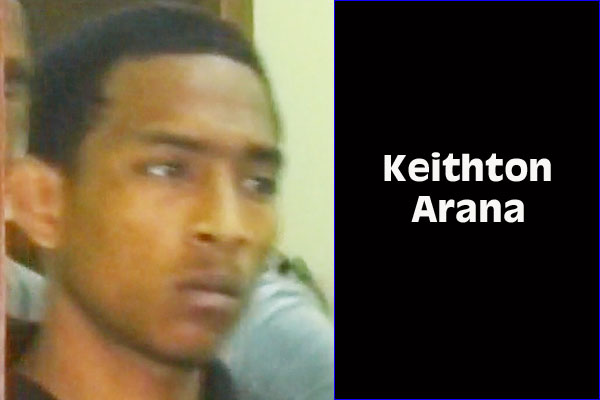 Keithton Arana, 19, a maintenance worker of 5863 Lavender Street, Belize City, was remanded to the Hattieville Prison after he was charged this morning with grievous harm and abetment to grievous harm.

Arana appeared before Magistrate Dale Cayetano unrepresented and pleaded not guilty to both charges.

According to police, on December 23, they visited the Karl Heusner Memorial Hospital, where they saw Denton Flowers suffering from a gunshot to his right leg.

Flowers told the police that at 5:55 that evening, he was on Consuelo Street, near his home. When he was about to mount his bicycle, he was approached by two men who were riding one bicycle. He told police that one of the men took out a chrome handgun and fired a shot at him, injuring him.

Although Arana pleaded not guilty to the charges, he was, nonetheless, remanded to prison, since it is a firearm offense.