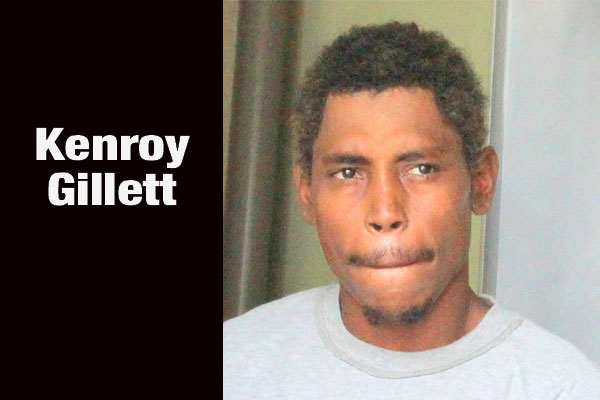 Kenroy Gillett, 27, a stevedore of #39 Racoon Street, and Sheldon Sosa, 24, a mechanic of #56 Albert Street, were brought before the Chief Magistrate Ann Marie Smith, where they were charged with firearm offenses.

According to police, officers were on patrol on Racoon Street last night when they observed a car driving toward them. The driver of the car pulled to the side of the street and Gillett, along with a passenger, got out of the vehicle and started walking toward them.

The officers found the act to be suspicious, so they searched the men, who were later identified as Sosa and Gillett. Nothing incriminating was found on either man, but a set of vehicle keys was found and police decided to search the vehicle.

Under one of the floor mats in the vehicle, police found a black 9mm Berretta brand pistol and (9) 9mm rounds of ammunition.

None of the men were represented in court and both pleaded not guilty to charges of keeping an unlicensed firearm and keeping unlicensed ammunition. However, because they were charged with firearm offenses, they were remanded to the Belize Central Prison until October 4, 2013.