Home Crime Kevin Jex, 38, is charged with the murder of Desmond Miller, 49
Crime

Kevin Jex, 38, is charged with the murder of Desmond Miller, 49 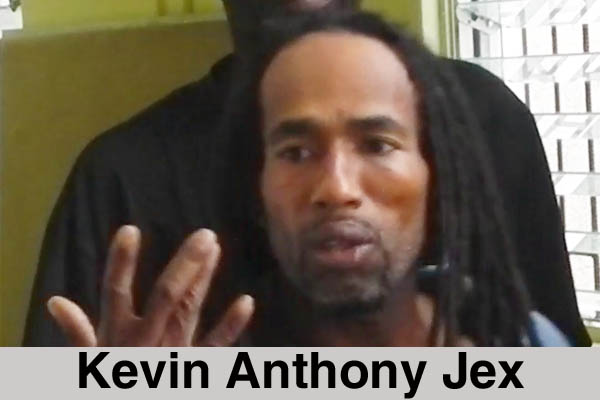 On Friday, November 8, Kevin Jex, 38, was charged with attempted murder, dangerous harm and use of deadly means of harm when he appeared before the Chief Magistrate Anne Marie Smith. But this afternoon, he was returned to court where those charges were withdrawn and replaced with a single charge of murder.

Jex is accused of hitting Desmond Miller, 49, behind his head with a large piece of wood, causing a large cut wound in his head. Miller was in front of the Belize City Council, where he was employed as a security guard. Miller was receiving treatment at the Karl Heusner Memorial Hospital, but died from his serious injury on Sunday.

No plea was taken from Jex. He was remanded to the Belize Central Prison and is scheduled to return to court on January 7, 2014.