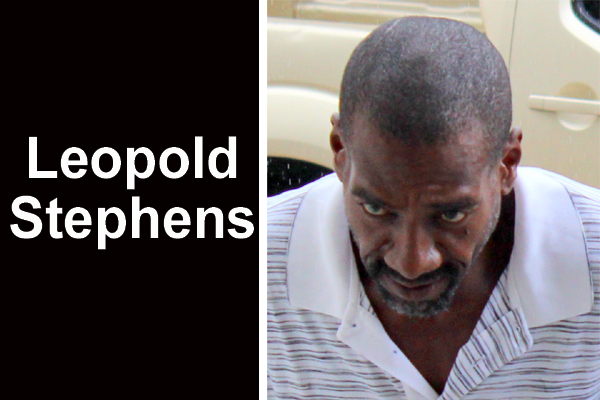 Leopold Stephens, 40, a resident of Ladyville, was charged with robbery when he appeared before Magistrate Dale Cayetano this afternoon. He was offered bail of $3,000 with one surety of the same amount, but was unable to meet it and was remanded to the Belize Central Prison.

According to police, on Thursday September 5, Mariano Novelo, 39, a construction worker of Ladyville, was walking on Edward Quilter Street in Ladyville when he was knocked to the ground from behind.

Novelo told police he was then punched in his face and when he turned around, he recognized his assailant to be someone he had known for the past five years – Stephens. After allegedly punching Novelo in his face, Stephens then robbed him of his wallet, valued at $20, which contained an Atlantic Bank ATM card, and $7 in cash.

When Novelo arrived at the police station to report this matter, he was observed with a swelling to the left side of his face and a cut to his nose.

Stephens is scheduled to appear back in court on October 28, 2013.