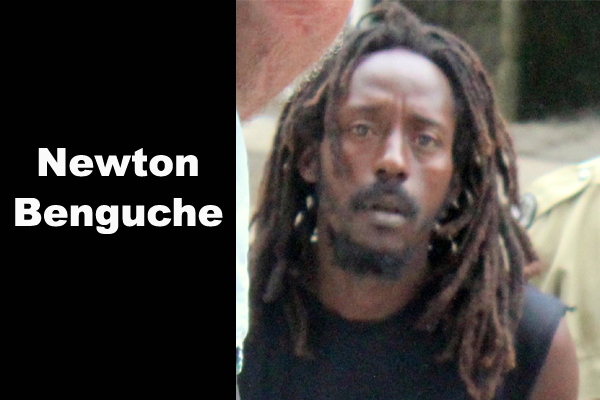 Newton Neville Benguche, 33, an entrepreneur of a La Croix Boulevard address, was charged for allegedly threatening his female neighbor and throwing stones on her roof.

Maria Isabella Artiaga, a resident of 8147 La Croix Boulevard in the Lake Independence area of Belize City, reported to police that Benguche threatened her by saying “I wa burn down unu house and kill all a unu een deh.”

In addition to that, Benguche allegedly threw stones on Artiaga’s roof. The incident reportedly occurred on September 12, 2013.

Benguche pleaded not guilty to the charges when he appeared in court today. He was offered bail of BZ$800 for the offences under the condition that he does not harass the complainant or any of the witnesses in the case.

Benguche was also ordered to stay at least 100 yards away from Artiaga, and to report to the Mahogany Street Police Precinct every Friday, starting next Friday, between the hours of 8:00 a.m. and 4:00 p.m.

The defendant had an outstanding fine of $205, which he owed the court from August 31, 2009. After making arrangements to pay the outstanding fine, Benguche was released from police custody and is due to return to court on October 17, 2013.