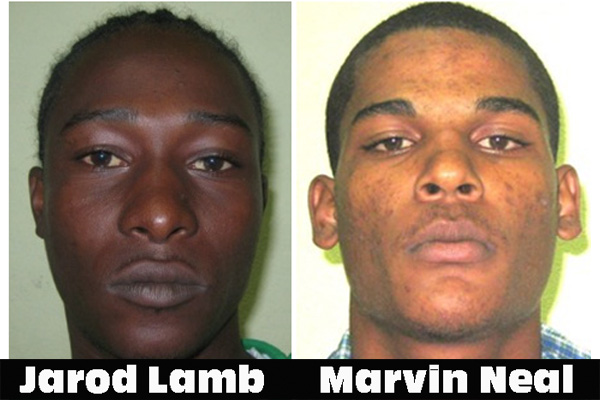 One of two men from Santa Elena, Cayo, who were wanted on murder and attempted murder charges, among a long list of other crimes, and were flushed out by a massive police manhunt, was remanded to prison after he gave himself up to police on Friday, April 19.

Marvin Neal, 20, was charged with murder, attempted murder and aggravated burglary. He was then ordered into remand yesterday, Monday, April 22, by the San Ignacio Magistrate. Neal is to be brought back to court on Thursday, August 8.

Police said that Marvin Neal was the robber who killed Steven Valencia, 48, in his home on the night of January 24 in the Trapiche area of Santa Elena. He entered Valencia’s home and shot him, and then stole all the family cash — about $7 — that was in the house.

Besides being arraigned for the murder of Steven Valencia, Neal was also arraigned on one count of attempted murder, one count of robbery and one count of burglary, and handling stolen goods. These three charges arose out of the armed holdup of a resort in San Ignacio at about 9:00 a.m. on Tuesday, April 16. For this crime, Neal was again remanded to prison until August 8.

In outlining the events that led to the murder of Valencia, police said that Valencia was at home about 8:30 that night, along with his two children, 4 and 5, when two men broke down his back door and went into his house. They pointed a gun at him and ordered him to lie on the floor, and then robbed him of his cash, $7.

They then ransacked his house, looking for more money, but none was found. The thieves then shot him in the back of the head and in his back, killing him almost instantly, in the presence of his two daughters, 4 and 5.

The men then ran out of the house. Police said that the men were not wearing masks, according to reports they received. Their investigation later led them to Marvin Neal of Santa Elena.

Police said that they had been searching for Neal in connection with Valencia’s murder, but he had remained on the run, committing more crimes in various parts of the country.

According to police, on the morning of Tuesday, April 16, Neal and his accomplice, identified as Jarod “Steel Bob” Lamb, 25, of Santa Elena, attacked and attempted to kill a woman in the laundry room of her establishment by trying to strangle her, after which they robbed her.

The woman told police that they tied a cloth around her neck and began to strangle her. The men then tied her hands and feet and left her in her laundry room, then went into her house and stole a computer, a phone, an assortment of jewellery and $20 cash.

The thieves also stole an assortment of coins, and then ran into the surrounding area.

However, a co-owner of the resort came up and saw them escaping with the items. He pursued them while calling police on his cellphone. The co-owner said that he knew the two men, and they were not wearing masks.

Police later issued a warrant for the arrest of Lamb and Neal and posted wanted persons bulletins countrywide, and they began a manhunt for them that same Tuesday, April 16. About 10:30 a.m. Friday, Neal went to the San Ignacio Police Station, where he gave himself up, and told police that he would cooperate fully with them in their ongoing investigations.

Still on the run is Jarod “Steel Bob” Arthurs Lamb, 25, of Santa Elena, Cayo, wanted on charges of burglary and robbery of residents of San Ignacio and Santa Elena Town.

Police warn that he is considered armed and dangerous. They say if he is seen he is not to be approached; you are to call the nearest police station.