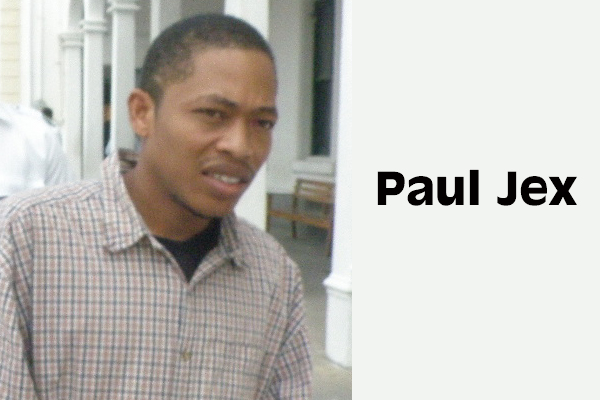 Paul Jex, 25, the man accused of killing local basketball icon and teacher, Aubrey Lopez, 30, is on trial for murder in the Supreme Court of Justice Adolph Lucas. The trial began on Monday, and three witnesses have already testified.

The prosecution intends to call about 16 witnesses.

Lopez, a veteran teacher at Edward P. Yorke High School, had gone to a school function earlier that night and left the school compound sometime around 10:00 p.m. in a Nissan Altima car.

Whoever shot Lopez in his head and threw his body out of his car, decided to take his car, as well.

Shortly after the murder, the Nissan Altima car was involved in a wild shootout in the Yabra area. When police spotted the car in the vicinity of the Queen’s Square Market, five men were inside. But three of them managed to escape from police.

The defendant in the murder case, Paul Jex, and a 17-year-old minor were found inside the car. Police also reported that they found a .38 Smith and Wesson inside the vehicle.

Aubrey Lopez, a much loved basketball superstar, had represented Belize at several international basketball tournaments, and, as a member of the Kremandala Raiders basketball team, had won a championship in Belize’s semipro basketball league.