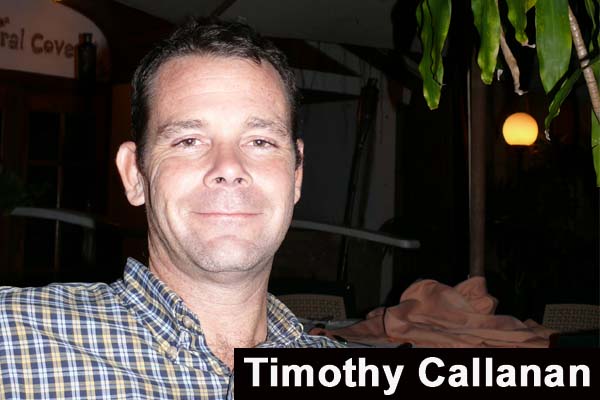 The search for a businessman of San Pedro who was reported missing on Tuesday ended about 5:30 yesterday evening when his body was found in a hotel room on Coney Drive in Belize City by a worker of the hotel.

Timothy James Callanan, 43, a Belizean businessman of Flying Fish Drive, San Pedro Town, was found in his room in a sitting position, leaning forward, with his hands in front of his face on the bed in his room, and he was motionless.

Police say that in the room at the time were many tablets and capsules, and suicide notes. He was taken to the Karl Heusner Memorial Hospital, where he was declared dead on arrival.

Police say that Callanan arrived at the hotel at about 12:30 on Tuesday afternoon, August 13, for a one- night stay. About 4:00 p.m. the following day, Wednesday, the hotel receptionist noticed that the room was still occupied by Callanan, which was way past the sign-out time.

She went to the room to see what was happening and when she opened the door, she saw Callanan motionless, in the position already described.

In an interview on KREM Radio, his wife said that he had left San Pedro on Tuesday to come to the city to conduct business. She became alarmed when he did not return, and reported him missing that same Tuesday. She said that he was suffering with depression.

Police have ruled the death a suicide.