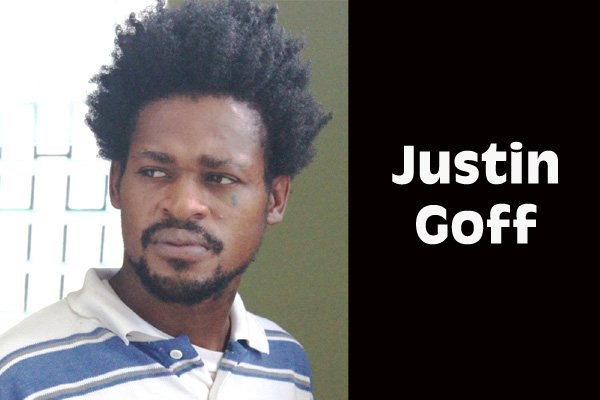 A construction worker who allegedly touched a woman inappropriately and ended up in a fight with her after she retaliated physically, was remanded to prison after he was arraigned on two criminal charges in the Belize City Magistrate’s Court this morning.

But when the question of granting bail to Goff came up, the court’s prosecutor, Sergeant Pablo Pikney, objected to bail on the grounds that the charge is prevalent and in the present case, it also appears from the report the victim gave to the police that violence was used.

In his reply as to why bail should be granted to him, Goff emotionally told the court that he is the breadwinner of his family. He said that he lives with his girlfriend and their two children, and if he is sent to prison it will create hardship upon his family.

To illustrate the kind of hardship his imprisonment would create, Goff said they would be at risk of becoming homeless, because he is the one paying the rent for their home.

Magistrate Stewart, however, was not convinced by his reasons, and she remanded him to prison until he is due to appear before her again on May 16.

The allegation against Goff is that on Wednesday, April 21, 2014, in Belize City, a nineteen-year-old woman, according to a report she made to police, was walking past a street construction site, when Goff touched her on her breast.

In self-defense, the woman told police, she punched him in his mouth. Goff, she reported, then punched her in her mouth.

But as he was being led out of the courtroom by the court orderly taking him to the court’s holding cell to await his ride to the Belize Central Prison, Goff blurted out: “Deh bally just touch ah pan eh leg.”