Special Constable’s ex-boyfriend convicted of stealing $2,000 from her 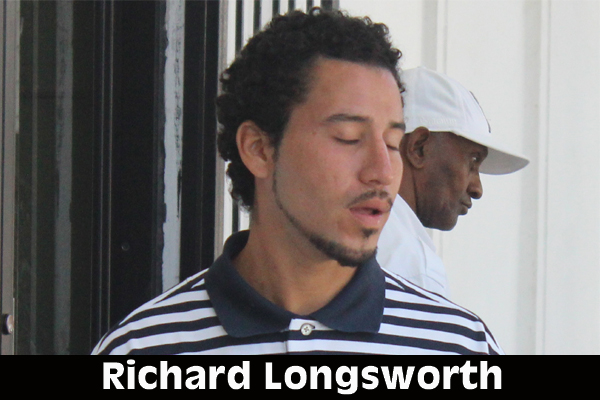 A Belize City man who was in a live-in relationship with a female police special constable was convicted on a charge of theft from her when his trial before Chief Magistrate Ann Marie Smith concluded on Wednesday.

Richard Longsworth, 29, a part-time mason, was fined $100 plus $5 cost of court. In addition, Longsworth was ordered to repay Special Constable Nakesisha Usher, his ex-girlfriend, the $2,000 that he was found guilty of stealing from her.
Chief Magistrate Smith ordered Longsworth to begin repaying Usher $100 per month, beginning on February 15. If he fails to repay Usher, a distress warrant will be issued against him.

The $100 court fine was supposed to be paid immediately, but up to 12:00 p.m., Longsworth was unable to come up with the money, so he was taken into police custody. If he defaults on paying the court fine, he will have to serve two months in prison.

According to Usher’s report to police, on June 13, 2013, while she and Longsworth shared a house, he had stolen $2,000 from a purse she had put in her room, inside a bureau.
Longsworth, who was unrepresented in court, denied stealing the money and told the court in his defence that he was not the only person who had access to Usher’s room.
In her testimony, however, Usher told the court that on June 26, 2013, she and Longsworth left home and went to the Belize Bank, where she withdrew $4,000 from her account to pay some bills. She took the cash home and placed it in the bureau.

Longsworth, she said, needed a cell phone, and she agreed to lend him the money to buy it. After she had bought the phone for him, however, he had told her that he would not pay her back, Usher said.

Four days later, on June 30, Usher came home and got into an argument with him when she found that he had not cleaned the house. After their argument, Usher went into a seizure and had to be hospitalized at the Karl Heusner Memorial Hospital.
While at the hospital, her niece, who was living with them, paid her a visit and brought some clothing along with the purse containing the money, said Usher.

The following day, she was discharged from the hospital and when she went home, only she and Longsworth were at the house. She said there was $2,500 remaining in the purse.

Longsworth went out that same day and did not return. When he made contact with her again, it was via a text message in which he told her that he would be moving out and going to rent a place of his own, said Usher.

Usher said she became concerned, because she realized that he did not have any money, and when she counted her money, she found that $2,000 was missing.
Usher said she filed a report with the police and Longsworth was arrested and charged.

In his defence, Longsworth denied ever accompanying Usher to the bank to make the cash withdrawal.

But Longsworth was unable to convince the Chief Magistrate, who told him in her summary of the evidence that it was he who had stolen the money, because he shared the room with Usher and he knew where the money was kept.

According to Usher, Longsworth had contacted her on January 14, 2014, asking her to drop the charge because it was affecting his ability to get a job in San Pedro.