Stevedore remanded on use of deadly means of harm charge 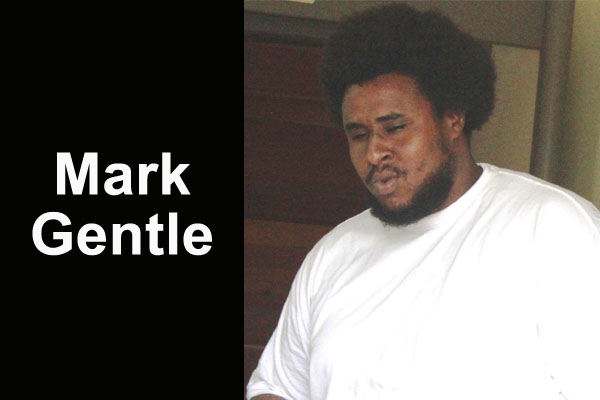 A Belize City stevedore was remanded to the Belize Central Prison on charges of use of deadly means of harm with a firearm and harm after he appeared before Chief Magistrate Ann Marie Smith this morning.

Mark Gentle, 25, aka “Mark Vernon,” a resident of Caesar Ridge Road, entered a not guilty plea to the two charges.

Gentle is charged along with another man, Kendis Faber, 21, a resident of 2 Fabers Road, who was arraigned and remanded to prison on the same charges last month.

Smith denied bail to Gentle due to the nature of the offense.

His attorney, Alifa Elrington-Hyde, however, made a submission to the court asking for the charge to be withdrawn from her client after she informed the court that the virtual complainant, Radman Welch, had already given the Director of Public Prosecutions (DPP) a retraction statement, in which he purportedly said that he does not wish to pursue any further court action in the matter. Elrington-Hyde said she has a memorandum in her possession.

Chief Magistrate Smith informed Gentle’s attorney that her office has not received any directive as yet from the DPP’s office, so the charge against Gentle cannot be withdrawn, until the instruction comes from the DPP office.

Gentle was remanded to prison until his next court date on June 27.

The incident in which Radman Welch was allegedly shot and injured occurred on May 12, 2014.

Kendis Faber was arraigned in mid-May when the incident was first reported to police.