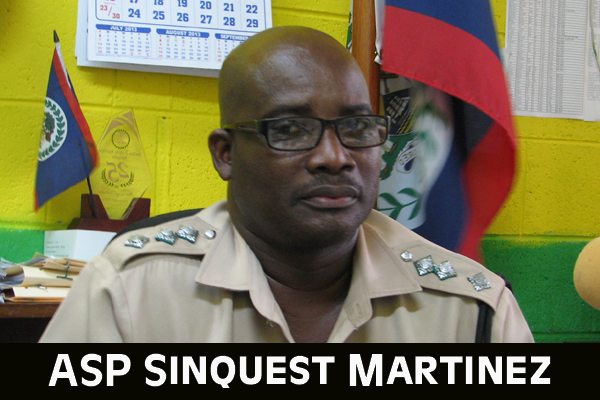 The suspect, 19, was also wanted for the murder of Isidoro Bonilla

Exactly one day after another of his alleged accomplices was found slaughtered in the village of Arenal, on the Belize-Guatemala border, Benque Viejo police came across a third suspect whom they were seeking in connection with the murder of Brian Townsend, 68, a Canadian missionary who was abducted last Christmas Eve and subsequently found dead in Arenal.

Last Wednesday, February 12, while in the Valley of Peace attempting to identify the body of Raulito Balona – who had been found shot to death the day before in Arenal for reasons that have not yet been ascertained by authorities – via a photograph of his body, the investigators ran into the third suspect in the Townsend murder – a 19-year-old Hispanic male resident of Benque Viejo Town.

Although police could not release his name due to the nature of the investigations, today the Officer Commanding the Belmopan Police, ASP Sinquest Martinez, confirmed to Amandala that the suspect was taken into custody and is presently behind bars at the Belize Central Prison.

After over a month of intensive manhunts and collaborative work between the different police units in Cayo to locate the suspect, police now believe the 19-year-old whom they have nabbed might have been involved in two slayings that occurred in Valley of Peace last December.

Apart from the kidnapping and killing of Brian Townsend, the 19-year-old suspect was also wanted for questioning in connection with the murder of Isidoro Bonilla, a vegetable vendor who was robbed and then hacked to death in his residence around December 13, 2013.

The suspect, who we are told had been cooperating with police, has not been charged for any of the offences as yet, since investigations are still ongoing, but he has been incarcerated based on a commitment warrant that was already out for his arrest for a previous drug trafficking conviction for which he had an outstanding court fine amounting to ten thousand dollars.

We understand that after those investigations have been completed, the file will be sent to the Director of Public Prosecutions for further instructions.

The detainee is suspected to be the accomplice, who along with the now deceased brothers, Raulito Balona, 21, and Marlon Flores, 20, are responsible for Townsend’s and Bonilla’s deaths.

On January 19 of this year, Flores’ body was found in some bushes in La Gracia. He had died of severe injuries to his neck and chest, and the investigation into his death remains open and continues to be treated as a murder.

Police believe the 19-year-old suspect is the missing link, and might be able to assist them to piece together at least two of the four recent homicides.

So far, he had reportedly led police to stolen items belonging to Townsend and Bonilla; the O.C. Belmopan police, however, did not confirm or deny the reports, saying that investigations are still underway.