Thieves shoot security officer in the head and rob him 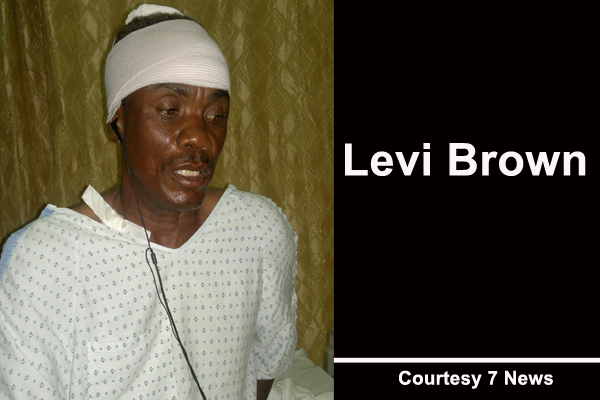 Yesterday evening, a security supervisor who was in the process of transporting a knapsack with assorted checks was attacked by a gunman who not only robbed him of the bag of checks along with a gun and ammunition, but mercilessly shot the 57-year old in the back of the head and left him to die on the street.

According to police reports, Belize City resident Levi Brown, 57, a security supervisor of J&B Security Firm, was riding his bicycle on East Collet Canal heading in the direction of King Street at around 6:20 p.m. yesterday, Wednesday, May 21, when he was ambushed upon reaching the corner at which Dean Street runs into King Street.

The victim told police that he heard a loud bang, after which he lost consciousness.

He was transported to the Karl Heusner Memorial Hospital (KHMH), where he regained consciousness and was admitted in a stable condition.

Investigators who visited the KHMH shortly after, reported that they observed Brown suffering from an apparent gunshot wound to the back of the head.

The mugger/s reportedly robbed him of a knapsack which he was carrying at the time, which contained a blue deposit bag with assorted checks and a .380 pistol with a magazine containing seven .380 live rounds.

After the culprits took the bags and Brown fell to the ground, they allegedly searched his pockets for money as he lay sprawled on the street.

Police continue to investigate the robbery/attempted murder; however, no suspects have been detained as yet.