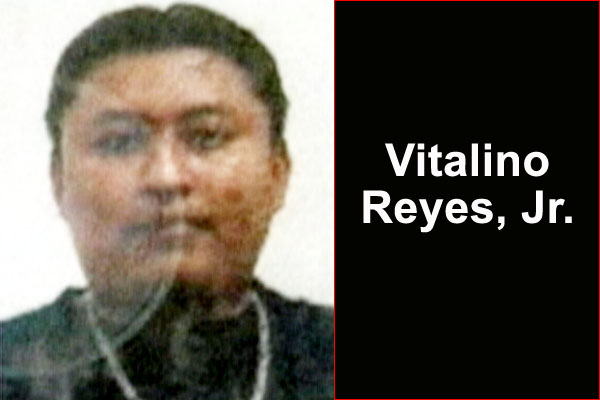 Police allegedly kept badly beaten, unconscious man at station because he “had to write a report”

As of press time tonight, a young tour operator, Vitalino Reyes, Jr., 23, is still in a coma at the Karl Heusner Memorial Hospital (KHMH), reportedly after a severe beating by tour operators of a rival business sometime after 6:00 p.m. on Thursday.

A routine evening outing turned ugly Reyes, Jr., who, according to a colleague, was socializing with him at a popular club situated off Coney Drive, when they were surrounded, attacked and badly beaten.

According to Yoney Vega, who was with Reyes, the mob – which he claimed numbered over 10 persons – consisted of individuals whom he recognized as being members of another tour company.

Vega recounted: “He [Vitalino, Jr.] said he wanted to see a friend that he had there [at the club] called Long Island, so we went there and we were there drinking, like two beers, when Yhony’s [Rosado] crowd approached – his staff, they were in full uniform, so all of them could have been distinguished. They came directly towards us and they were laughing, so I told Junior, ‘let’s go, because this doesn’t look right’. Before we moved out, he even called his dad to tell him that we were surrounded by those guys and their intention was to hurt us.”

Vitalino Reyes, Jr., is the son of Vitalino Reyes, Sr., the proprietor of Cavetubing.bz, which is in direct competition with Cavetubing.com, which is owned by Yhony Rosado. The two competitors have been at odds for a while, which has led to a number of altercations between Rosado and Reyes, until they were eventually bound over the peace by the courts on April 23 of this year.

“He [Junior] said no, and when he was walking towards the door [of the club], that’s when he got knocked with a pint in his head back.

“When I ran towards Junior to see what was happening, they also knocked me, too. When I dropped on the floor, they kicked me and just beat we up. I got knocked out and when I was lying down there, one of the girls that were with us woke me up. When I [regained consciousness], she told me that my friend is knocked out, so go and see what’s going on with him”.

Vega pointed out that Rosado was not personally involved in the assault, but he noticed him [Rosado] conversing with officers who had arrived on the scene sometime afterwards.

Vega said, “I was telling him [the officer] that my colleague was unconscious, and I asked him if he can please take us to [the] hospital, but he said no. So, I asked him why not, and he said, ‘I have to take you first to the station to write a report.’

“I told him he [Vitalino, Jr.] is not talking and not opening his eyes, and he [the officer] still denied us, so they took us there to the station at Belama.”

Reyes, Jr. has yet to regain consciousness and remains in a critical condition at the KHMH.

A tearful Vitalino Reyes, Sr. told the media on Friday that it is time for the longstanding dispute between himself and Rosado to be brought to an end, because the life of his son is now on the line.

He stated, “I want to send a message to him [Yhony Rosado] – that if he wants my vans or my money, he could take it, but please stop bothering with my family. I could give all my land, all my houses, all my money, he can come and get it today, but the life of my son is priceless.”

Yhony Rosado has since maintained that it was another group, and not his employees, who were involved in the incident.

Police said that they are investigating the matter, and have since taken a statement from Yoney Vega, but no arrests have been made as yet.