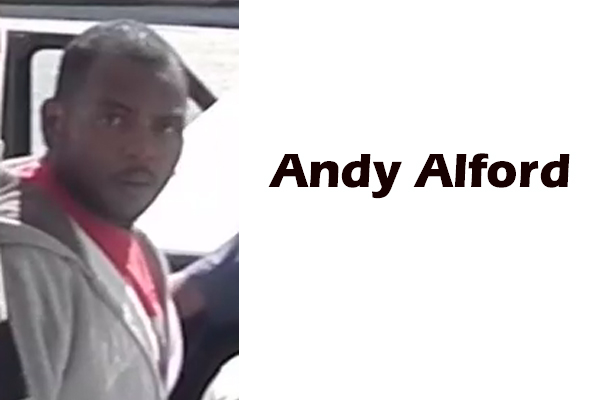 Police found him with 88 grams of suspected cannabis; he was just before the court yesterday for an adjournment stemming from a previous drug trafficking charge from February

Andy Alford, 34, a resident of Fresh Pond Village, was charged for yet another drug trafficking offense when he appeared before Chief Magistrate Anne Marie Smith this morning.

Alford was in court yesterday for an adjournment date for a previous drug trafficking charge from February of this year. On February 25, police searched Alford’s home and although nothing incriminating was found inside the house, inside a van which was parked in front of the house, police found a black plastic bag under the steering wheel which contained suspected cannabis.

For that charge, Alford was denied bail because he was out of jail on parole for a previous drug trafficking conviction.

Alford left the court yesterday, but by yesterday evening, he was back in police custody after he was found with a black plastic bag which contained 88 grams of suspected cannabis, while at the corner of Poinsettia Street and the Philip Goldson Highway.

Alford pleaded not guilty to the charge, but was not offered any bail after objections were made based on the strength of the case against him, his previous convictions and charges for drug trafficking, and also for fear that if given bail, he would return to trying to sell drugs.

The Chief Magistrate then remanded Alford until his next court appearance, scheduled for January 16, 2014.