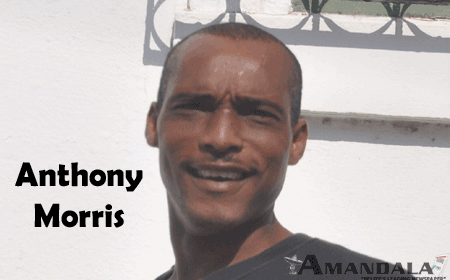 BELIZE CITY, Mon. Apr. 4, 2016–A Belize City man has been accused of burglarizing the well-known stationery store Angelus Press, which is located at 10 Queen Street, just a stone’s throw away from the Police Precinct #3 on Queen Street.

This afternoon, Anthony Morris, 38, a customer care representative and resident of 28 Simon Lamb Street, appeared with his attorney, Dickie Bradley, before Senior Magistrate Sharon Fraser, who arraigned him on one count of burglary.

Morris pleaded not guilty to the charge and since there was no objection to bail from the court prosecutor, Fraser released him on a bail of $5,000 plus one surety of the same amount.

The Senior Magistrate, however, told Morris he is being granted bail on the condition that he is not to be arrested for any other offense while his matter is before the court; otherwise his bail will be confiscated and he will be remanded to prison.

Morris is expected to return to court on June 1.

According to police, John Gillett, Angelus Press’ operations manager, reported to them that the building was burglarized sometime between the hours of 1:00 p.m. on Thursday, March 24, and 7:00 a.m. on Monday, March 28.

The burglar stole from the Angelus Press a cream Gardex safe, GX2, with serial number 211244. In addition to the safe, the burglar also made off with a blue and white Angelus Press asset tag # 00221 valued at $3,000, and three cash pans with a total of $1,064 in cash of different denominations, and a gift certificate valued at $30, all totaling $4,094 in value.

In court papers, police said that a technician from Angelus Press provided them with video surveillance footage which showed the accused, Morris, inside the Angelus Press.

Police also said that Morris provided them with a caution statement in which he admitted that he was inside the Angelus Press around 1:00 a.m. on Monday, and that “they” had gone inside to get the safe that had the money.

While the purported statement that Morris gave to police mentioned that “they” had gone inside the Angelus Press to get the safe that had the money, so far, only he has been charged for the burglary.