Attempted robbery at the Bowen and Bowen depot in San Pedro 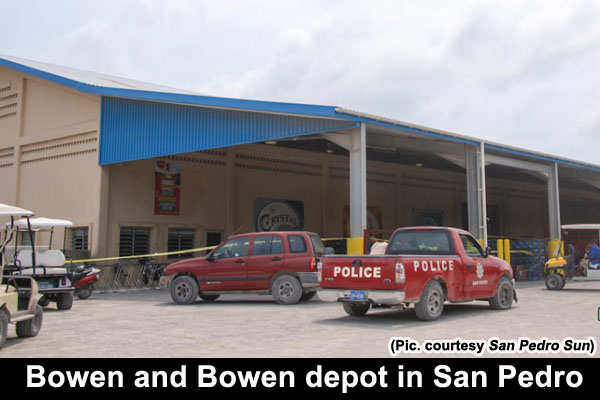 Vigilant security guards averted an armed robbery at the Bowen and Bowen depot on Blake Street in San Pedro at about 1:30 this afternoon. The security guards stepped forward when a thief entered the office and demanded money, but when he saw the guards, the thief fired about nine shots and ran out of the building empty-handed.

All who were nearby scrambled for cover, and no one was hit. The glass door of the office was, however, damaged by the bullets.

Police have detained a man in connection with the incident.

Assistant Superintendent Luis Castellanos, the Commander of San Pedro Police, said that when the suspect was taken into custody, he was found with cannabis, and he was charged with drug trafficking. He will be taken to the San Pedro Magistrate’s Court on Monday on the drug charges, and should be remanded, while they conclude their investigation into the attempted robbery of the depot.

The robber was identified by the guards, said police.