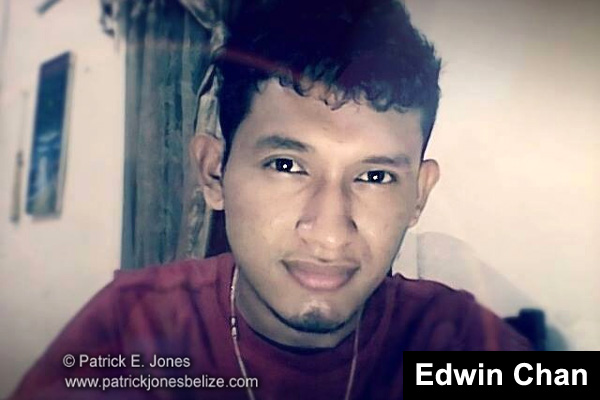 Edwin Chan – who worked with Tropic Air at their San Ignacio branch – was reportedly found by Guatemalan police who were alerted by residents Saturday morning around 8:00 a.m. after he had been found badly beaten, lying face-down in what was described as a remote area near the Auto Hotel in the Barrio Campito area of Melchor with apparent gunshot wounds to the left side of his head.

Since they cannot enter that jurisdiction to investigate, Benque police have been forced to rely on their Guatemalan counterparts for relevant information, but so far, they do not believe the intent behind the murder was robbery, because at the time Chan’s body was discovered, his personal belongings – with the exception of his cellular phone – were all intact.

When Amandala contacted the Officer-in-Charge of the Benque Viejo Police Formation, ASP Dinsdale Thompson, he stated that Chan seemed to have been beaten with a blunt object. Thompson said that after Chan’s body was discovered, they coordinated with Guatemalan authorities so that it could have been returned to Belize. Edwin Chan was buried this past Monday, April 21.

Thompson informed us, however, that their investigation is presently at a standstill due to poor, second-hand information which they have gotten, as well as limited cooperation from Guatemalan authorities, who have only provided them with a death certificate thus far.

Nevertheless, investigators plan to interview at least two other individuals who were allegedly with Chan in Melchor before he was found murdered, in an effort to find out what led to his death.

According to his friends, Chan left for Melchor at 4:30 Friday afternoon and they left him there at around 9:30 later that night.

His passport reportedly has an exit stamp from Melchor dated Friday, April 18, which is interestingly the same day he entered the country – and which suggests that on Friday night, he reached the Guatemalan side of the border, but did not reach back over the border to Belize.

Since his passport had no re-entry stamp to Belize, it is believed that Chan was likely called back over to that side before crossing back into Belize, but at this point, the incident is shrouded in mystery.

What is known is that around 4:00 last Saturday morning, shots were heard in the area where the victim’s body was discovered. Melchor is known to be a dangerous municipality in which gun violence is commonplace, and based on the pace of the investigations, nothing much is expected to come out of the investigation into the assassination of Chan, who had no police record and was not known as a troublemaker.

Chan’s case is in the hands of the police in Melchor, but in October 2012, Belizean Benqueño Miguel Gonzalez, 23, was similarly killed in Melchor, but no one has since been arrested.