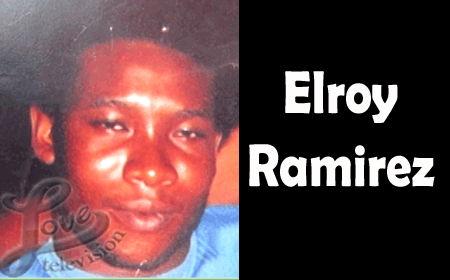 ROARING CREEK, Fri. Mar. 6, 2015–Belmopan police now have another murder case to investigate as they try to find the killer of Elroy Ramirez, 30, a caretaker of Young Bank Road in Camalote, Cayo District, who was shot to death in Roaring Creek, also in the Cayo District, last night.

Police said that at around 8:35 p.m. on Thursday, March 5, Ramirez and two other men were cleaning fish inside a fenced yard in the “Another World” area of Roaring Creek when a lone gunman of dark complexion with a hooded sweater pulled over his head, approached and fired a single gunshot at the trio.

After Ramirez had been shot, the gunman reportedly ran across the street and disappeared into some bushes behind a church.

Ramirez, also known as “Dread”, suffered multiple pellet wounds to the abdomen and lower body, and was transported to the Western Regional Hospital in Belmopan, but he succumbed to his injuries a little over two hours later, shortly before 11:00 p.m.

The motive for the murder is still unclear, and we understand that one person is in police custody in connection with the incident.

A relative of Ramirez, who said that she was shocked at his unexpected death, described Ramirez as an easygoing individual who was oftentimes a loner who valued his privacy.

While it is believed that Ramirez may not have been the intended target of the shooting, police said that they are still investigating the circumstances surrounding the murder to ascertain whether that was the case.

Ramirez was reportedly at the residence, which is the home of Reginald Ruiz, to prepare raw fish to sell at the Belmopan market today.

Less than a month ago, on February 8, John Alexander Smith, 61, also known as “Jattah”, was also executed in Roaring Creek.

At around 6:55 p.m. that day, Smith was heading home when he was fatally shot in the left side of his face by a masked assailant about 50 yards away from his green wooden house.

His murder shocked his family and friends in the village because reports are that he was a well-known handyman who, like Ramirez, was not known to be a troublemaker.

No one has yet been detained in connection with Smith’s similarly baffling execution.