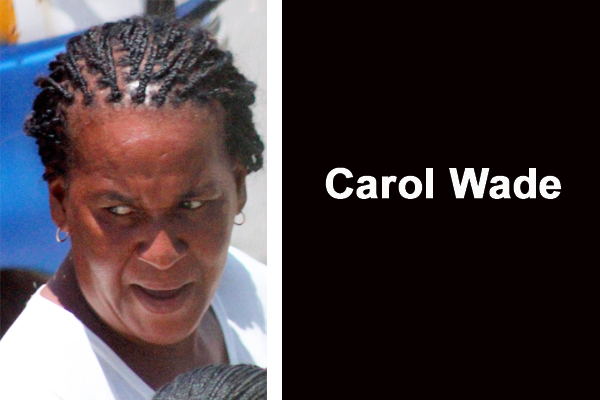 Carol Wade, 43, a hair braider residing at #28 Dolphin Drive, Fabers Road, was made to answer to a slew of charges when she appeared unrepresented before Magistrate Dale Cayetano this morning.

According to police, yesterday, PC Edelio Itza and other officers arrived at the corner of Pink’s Alley (Majestic Alley) and North Front Street, just in time to hear Wade utter “I nuh give a F%*& about unuh police and no police can detain me”.

PC Itza attempted to detain Wade, who then put up a fight as she refused to be detained by PC Itza. An altercation ensued during which the PC was assaulted by Wade.

Wade was charged with assaulting a police officer, resisting lawful arrest, and using obscene language, to all of which she pleaded not guilty.

No objection to bail was made and she was granted and met bail of $1,000 and one surety of the same amount. Wade is scheduled to appear back in court on October 16, 2013.