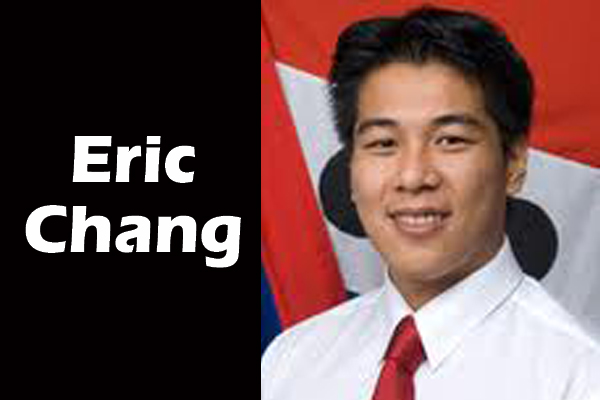 City councilor Eric Chang has been absent for an extended period of time from the country and from his duties as a councilor, despite a request from his boss, Belize City Mayor Darrell Bradley, for him to return to work. It has been over three weeks since Chang promised to return to the country, but so far he has not.

Chang departed Belize on an official 3-week visit to his home country – Taiwan — 7 weeks ago, in early September, and was due back the first week in October, on Thursday, October 3rd, to be exact. He is rumored to have been the mediator/courier in the conveyance of a fast-tracked fraudulent Belizean passport to a South Korean fugitive, Won Hong Kim. However, Chang has not been available to answer to the allegations and to clear his name.

Because of his absence without leave, he has been stripped of his position as deputy mayor and his portfolios have been removed, but even so, the former Works councilor has not been heard from. His last recorded communication with the City Council, according to Mayor Bradley, was when he (Bradley) called Chang to inform him that the Belize City Council had made the decision to relieve him of his post.

Since that time, Chang has not responded and seems to have severed all communication links with his colleagues at City Hall, even though numerous attempts have been made to contact him.

Today, Mayor Bradley told Amandala that Councilor Chang still has not returned to the country, and they have received no update from him since he was removed from being deputy mayor and works councilor. The Mayor said that essentially, they have had no communication with Chang, and that they have tried to reach him by phone, but so far he has not responded.

Bradley mentioned that there are provisions within the City Council Act for the disqualification of a councilor from office based on the extent of his or her absence, which is measured by the number of City Council meetings missed, and so on. He affirmed that the City Council is monitoring the situation closely, and if Chang misses four or more Council meetings without legitimate justification, then they will consider disqualifying him from holding the public office of councilor.

According to the Belize City Council Act, if a councilor’s seat becomes vacant, it needs to be filled by a candidate selected in a by-election within 90 days. According to Bradley, Chang has missed one important City Hall meeting, and if he misses three others, the council can take action against him for his absence.

BELIZE CITY, Sun. June 21, 2020-- General elections are scheduled to be held in November, but the COVID-19 pandemic has delayed the selection of...
Read more
Headline