Two Hondurans fined $1,000 each for sneaking into Belize via Mopan River 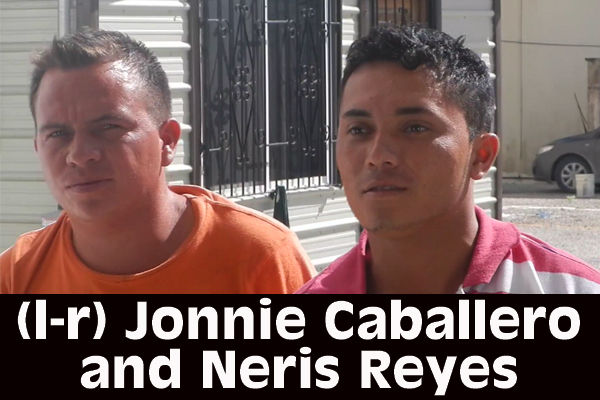 Honduran nationals Neris Reyes, 20, and Jonnie Caballero, 25, were fined $1,000 each and removal orders were signed for both of them when they appeared before Magistrate Dale Cayetano this afternoon.

According to Albert Munnings, the prosecutor for the Immigration Department, Reyes and Caballero were handed over to Immigration officers when they visited the Queen Street Police Station.

Reyes had his Honduran passport with him, and after checks were made at the Western and Southern Border stations, and the Dangriga seaport, it was revealed that he did not enter the country legally, but entered Belize via the banks of the Mopan River.

As for Caballero, he had only his Honduran identification card with him, and after Immigration checks were made on him, it was established that he had entered the country illegally also via the Mopan River.

Reyes and Caballero both pleaded guilty to the charge and were each fined $1,000, to be paid forthwith. In default of non-payment, they will have to spend six months in prison.

The deportation of both Reyes and Caballero was also ordered, to take effect after they either pay the fine or serve the sentence for non-payment.