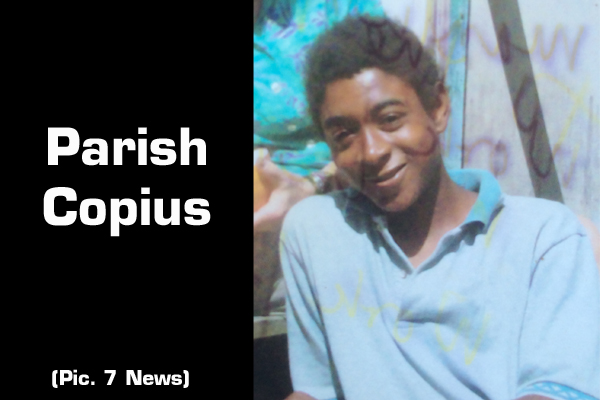 Sometime before daybreak today, a young man from Ladyville was stabbed multiple times, and although the complete details of what occurred are not available at this time, Amandala understands that the victim is currently in critical condition at the Karl Heusner Memorial Hospital (KHMH).

Police say they do not have much information about the incident at this time, and although they are currently in the midst of their investigations, so far we have ascertained that Parish Copious, 19, was allegedly attacked and stabbed a total of sixteen times near his home sometime between 10:00 p.m. and 11:00 p.m. last night.

This morning, Amandala visited Copious’ home in Ladyville, but it was deserted; however, we found out from neighbors that police had been there processing the scene earlier today.

This afternoon, Rural Executive Officer and Officer in Charge of Ladyville Police, Assistant Superintendent Christopher Noble, told us that while police have very limited information about the stabbing at this time, they are seeking persons of interest who they believe will be in their custody soon.

He stated, “Earlier this morning we learned that a gentleman from the [Ladyville] village had been taken to the military hospital and then on to the Karl Heusner. He was being attended to there, but apparently, procedures had to be done on him. We’ve established that an incident did occur in the village and there is one person that is being sought.”

Amandala understands that the suspect, who is being sought by police, is a known criminal who was recently released from prison and who was reportedly shot in Ladyville about three weeks ago.

“The person that we are looking for [is] known to the police and so we will be looking out for him and we’re working on whatever other processes to get it sorted out”, Noble affirmed.

We understand that one of the reasons that information relating to the incident is sketchy is that the Ladyville police only became aware of Copius’s condition after he was transferred from the military hospital to the Karl Heusner Memorial Hospital (KHMH), when medical practitioners realized that his injuries were more serious than they had initially assessed them to be.