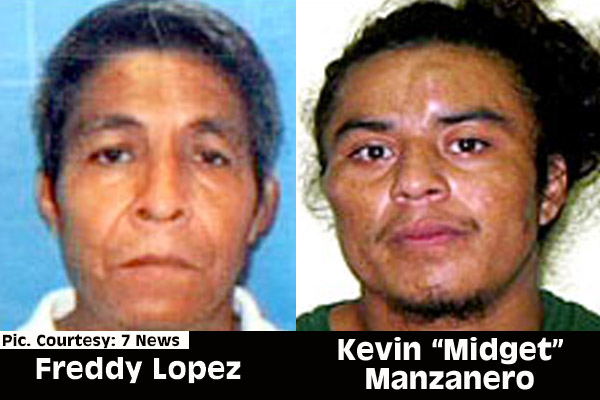 One of Cayo’s “most wanted” by police has been arrested and charged with murder after he was released into police custody by medical authorities.

Kevin “Midget” Manzanero, 30, of Bullet Tree, San Ignacio, was arraigned for murder at about 11:00 yesterday morning at the San Ignacio Magistrate’s Court for the senseless shooting death of senior citizen, Freddy Lopez, 78, of the Maya Vista area of San Ignacio.

He was remanded until April 24, when he will be returned to court.

The incident occurred about 10:30 p.m. on Monday, December 23, in the Kontiki area of San Ignacio. Police said that Freddy Lopez and several members of his family were walking home when two men approached from behind, grabbed Lopez’s wife and demanded money. When Lopez bent down to pick up a rock to defend his wife, the armed robber shot him in the chest, killing him almost instantly. The two robbers then ran away.

He said that the expended shell retrieved from the scene fired by the gun that killed Freddy Lopez, a .45 shell, matched the expended cases retrieved from other crime scenes where the pistol was fired, and the descriptions of the two bandits in those instances were the same as those of Midget and Reid.

Inspector Reyes announced that Midget was again taken to the Benque Magistrate’s Court today and slammed with additional robbery charges.

In the meantime they are actively on the hunt for Alex Reid. Reyes is seeking public assistance to capture him. Anyone who sees or knows the whereabouts or who has information that could lead to his capture is urged to contact the San Ignacio Police at 804 – 2022 or the nearest police station, or 0800 922 TIPS.

The men are wanted for several incidents of robbery and holdups in the Santa Elena and San Ignacio areas. Manzanero was captured when he went into a home on Collins Boulevard in Bullet Tree to commit yet another crime, this time, an aggravated home invasion at about 10:00 Sunday morning, January 19.

Police said that two brothers were at home when he entered the house, and he struggled with one of them, stabbing his victim multiple times.

The second brother then got a machete and chopped him in the face, hands and back. Manzanero, who was known to the men, then ran out of the house.

At the end of the treatment, however, he was handed over to police.