Four persons, including a minor, 14, remanded on ammunition charge 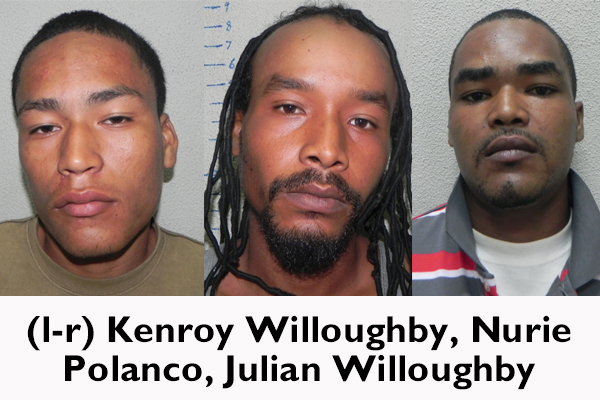 Kenroy Willoughby, 20, and his brother Julian, 24, were charged along with Nurie Polanco, 26, and a minor, 14, for being in possession of three rounds of ammunition.

At 9:30 yesterday morning, police visited their residence at #7005 Antelope Street Extension, to conduct a search for illegal firearms and ammunition. Although nothing illegal was found inside the house, a black plastic bag was found under the house and inside, police found three 9mm Lugar brand rounds of ammunition.

No license could be provided for the rounds and the four were taken to the police station and charged.

None of the four had any representation when they appeared before Magistrate Clive Lino and pleaded not guilty to the charge.

Due to the nature of the offense, they could not be offered bail and were, instead, remanded to the Belize Central Prison. They are expected to return to court on January 22, 2014.