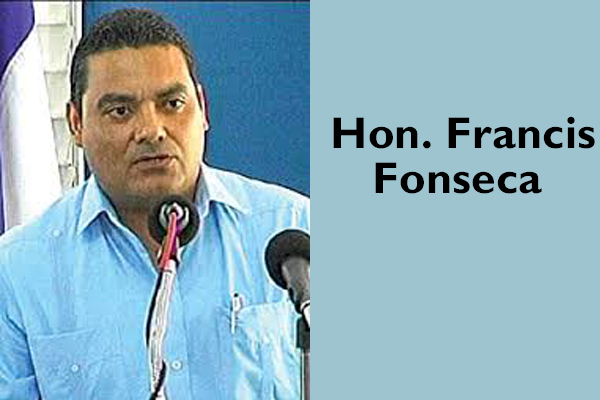 While chastising the government during his press conference today, Leader of the Opposition, Hon. Francis Fonseca, heavily criticized an annual social welfare program that has been generated by the current United Democratic Party (UDP) administration, referred to by none other than the Prime Minister, Hon. Dean Barrow, as the “Christmas Cheer” program.

Prime Minister Dean Barrow has made it clear that he makes no apologies for the program, in which all elected area representatives of both major political parties – in addition to the fourteen UDP caretakers – will receive varying sums of monies to assist their respective constituents over the upcoming Christmas holidays.

According to Fonseca, the program is structured in such a way that the seventeen elected UDP area representatives will receive the “lion’s share” of the pie, so to speak, as they are going to be assigned $90,000 each to hand out to their constituents, amounting to a total of 1.53 million dollars for the ruling party’s elected reps.

The 14 elected People’s United Party (PUP) representatives, on the other hand, will be given $25,000 each to do the same, but one of the things that has the PUP Leader “fighting mad” is that the 14 UDP political officers in those PUP divisions will also be given $25,000 dollars each to share amongst their supporters, which when combined, soars to the tune of an additional $700,000.

Fonseca professed that he got the information from documents that were leaked to him from the Ministry of Finance, though not through official channels.

Whereas the PM has said that he does not intend to play Santa Claus (he is sporting a beard now), perhaps Fonseca did not want to come across as Ebenezer Scrooge; thus he (Fonseca) affirmed that he is by no means condemning the Christmas program. Rather, Fonseca said that he believes that there should not be a 65-thousand-dollar differential between the amounts handed to the elected representatives of the opposing parties, and that all constituents should receive the same amount of goodwill.

He also denounced the revelation that UDP caretakers will also receive twenty-five thousand dollars to hand out.

Fonseca said, “Here we find the inequity to be completely disrespectful and unacceptable. People, obviously, in all areas, need help, and we understand the Christmas Cheer program, but again, there must be equity among elected representatives, and once again we have to decry in the strongest possible terms and denounce in the strongest possible terms this Prime Minister’s use of government funds for his political party, because that is what is happening.

“On top of that, the 14 UDP political officers, as they call them – caretakers, and this is what has been produced by the Ministry of Finance and sent to the Ministry of Human Development – will get 25 thousand dollars allocated to them. What is the basis? What is the justification for him saying that he will allocate $25,000 to 14 unelected persons who are caretakers for his political party — allocating $350,000 to them?

“I don’t believe that caretakers of a political party should participate in that program. I again, say that there should not be any inequity. Why is it that the people in Mesopotamia or the people in Collet should get $90,000 worth of cheer and the people in Freetown – we get less cheer? We don’t object to the program and the philosophy behind the program, because people are in dire straits in this country.

“There is grave inequity; it’s being manipulated for political purposes. We have to maintain a line between the funds of the government and the political parties and I think that is a very dangerous line to walk. Just as we denounce – as the mayors have pointed out – this attempt to impose his UDP caretakers on the work of the town councils, [suggesting] that the monies must go through them, and they must make decisions about what is done in these municipalities and they must determine who will work in these municipalities; those days are over.

“We really need, collectively as a people, to take a firm stand against this practice. This Prime Minister Barrow has taken the old adage – ‘to the victor, the spoils’ – taken that to an unprecedented new level in this country, which now, in my view, threatens our democratic way of life.”

As Fonseca noted, the funds – a total of 2.23 million dollars – will be distributed by the Ministry of Finance, and channeled through the Ministry of Human Development, and for those who might probably be expecting cash, we understand that none of the political officers or area representatives will actually hand out money.

The politicians will instead choose specific business establishments for which they will create vouchers and they will then send their voters to those stores.