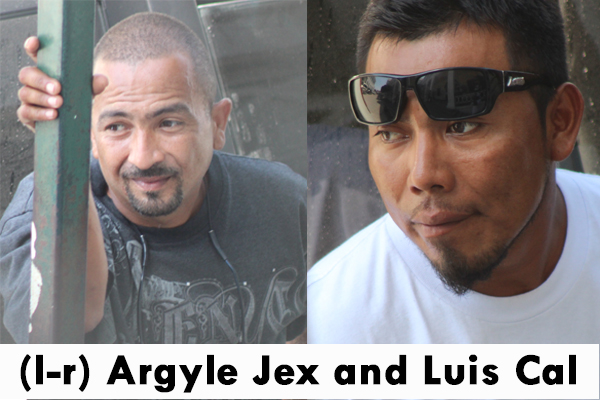 Two San Pedro tour guides who were arrested for possession of a small quantity of cannabis, for which they pleaded guilty and were fined $200, are still not yet out of the woods, as far as the law is concerned. They still have another legal hurdle to cross, because they allegedly attempted to offer a $100 bribe to Senior Superintendent of Police Edward Broaster, on Caye Caulker.

The two, Argyle Jex, 28, of a Coral Street address, and Luis Cal, 33, of Pescador Drive, San Pedro, appeared before Chief Magistrate Ann Marie Smith, who arraigned them on a charge of attempting to corrupt a public officer.

They both pleaded not guilty to the charge and were released on a bail of $1,000, plus one surety of the same amount.
Smith stipulated that the condition for bail is that they are to report to the San Pedro Police Station every Monday, between 7: 00 a.m. and 7:00 p.m., and their case was adjourned to May 15.

The men were arrested on Saturday, March 22, and while being detained at the Caye Caulker Police Station, they became impatient about the time they were spending in police lockdown, so they allegedly offered Broaster $100 if he would set them free.

Instead of setting them free, however, Broaster added the new charge.