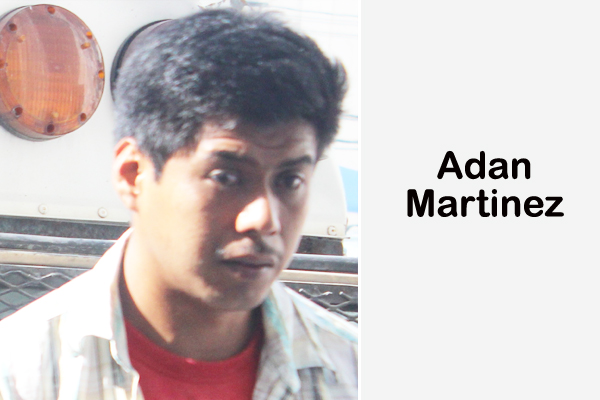 Adan Martinez, 29, a construction worker and resident of Succotz, Cayo District, was released on a $10,000 bail after he pleaded not guilty to one count of drug trafficking in the Belize Magistrate’s Court on Wednesday.

Martinez appeared before Magistrate Leslie Hamilton, who stipulated that as part of his bail condition, he is to report to the Benque Viejo Police Station every Monday, until his case is concluded.

Belize City police charged Martinez with one count of being in possession of a controlled drug, 7.5 kilograms of cannabis (16.53 pounds), with intent to supply to another for the purpose of drug trafficking.

After pleading not guilty, Martinez told the court that he had no idea what was in the knapsacks that was handed to him for delivery in Belize City. Martinez, however, did not disclose who had given him the bags.

Hamilton told him not to say anything more, and he adjourned the case until the afternoon session of the court, in an effort to determine if Martinez, who also has a Belize City address, has been charged with any similar offenses before.

Police reported that on Tuesday, March 11, at about 2:10 p.m., police officers on foot patrol in the vicinity of the Novelo’s Bus Terminal on Collet Canal conducted a search of a fair-complexioned man, who was carrying two knapsacks.

According to police, inside each of the knapsacks, police discovered a green leafy substance that was suspected to be cannabis. Police arrested the man, who they later learned to be Adan Martinez.

The two parcels were weighed in Martinez’s presence and amounted to 7.5 kilograms.