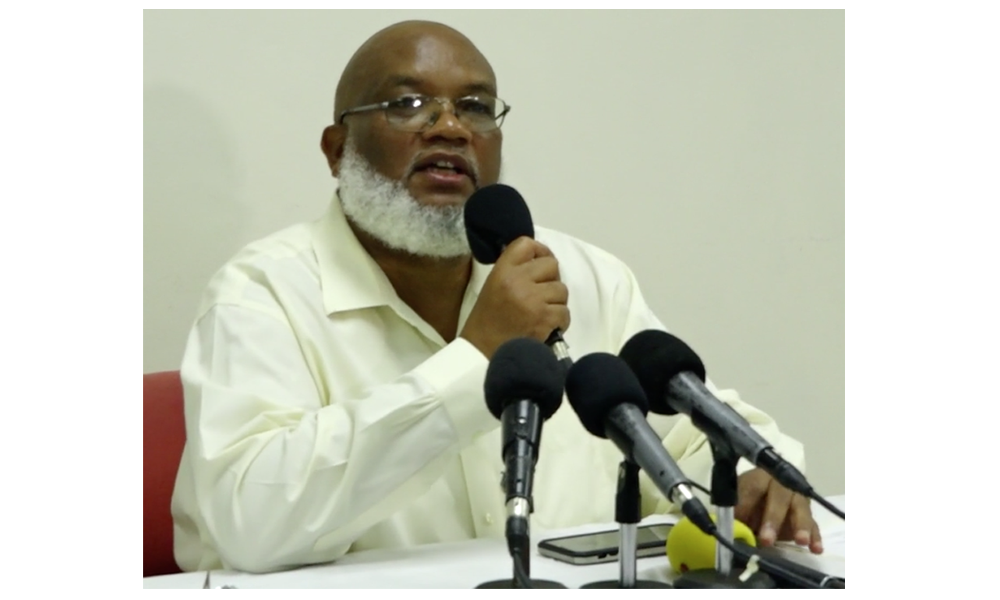 Up until Friday morning, the political fate of former UDP Cabinet minister and Belmopan area representative hopeful, John Saldivar remained in limbo, but later on that day, a UDP Special Committee convened to determine whether he should be allowed to participate in the upcoming Belmopan standard bearer convention and thereafter possibly represent the party in the 2025 General Elections. The party had decided to set up the committee to assess his eligibility after the U.S. State Department designated Saldivar as “significantly corrupt” for alleged acts of corruption he carried out during his tenure as Minister of National Security under the Barrow administration.

On Friday afternoon, the Special Committee ruled, following what was a split decision, to reject Saldivar’s bid to seek to represent the party in the Belmopan constituency. Present at the closed meeting, which was held at the UDP headquarters on Youth for the Future Drive, were the seven delegates of the committee, as well as Saldivar, who following the announcement of their ruling, posted a statement on his Facebook page which indicated that he is still not completely relinquishing his hopes of representing the party. “I have been informed of the decision of the Special Committee of the UDP to refer the matter of my continued candidacy for the Belmopan Constituency to the National Party Council after a narrow vote against my candidacy. The final decision lies with the NPC and I therefore await the decision of that august body,” he stated in the post.

Saldivar’s hopes possibly rest on the influence he continues to have over a large number of UDP standard bearers due to his position as the reputed chairperson for the UDP Caucus for Change, which accounts for at least twenty constituencies and is said to have played a key role in Hon. Moses “Shyne” Barrow’s recent rise to party leadership. While Saldivar awaits a decision from the National Party Council (NPC), which should be handed down this week, questions are arising as to whether the Caucus can sway the vote of the NPC in Saldivar’s favor.

At the close of the UDP Special Committee meeting, UDP leader, Hon. “Shyne” Barrow told local reporters at a press briefing that while the decision was a difficult one, he agrees “unconditionally” with the ruling levied against Saldivar:

“We were and continue to be in search of that regain of trust, that regain of confidence from the Belizean people. And that, all of our considerations had to put the institution, and the message that the institution wanted to send to the people as the government in waiting, whether or not we are ready to take the reins and lead the country in a direction away from the endemic corruption that has plagued Belize for that last 41 years. And I am pleased that the Special Committee has made a decision that indicates clearly to the nation and to the world that the United Democratic Party has a zero tolerance for endemic corruption. Has a zero tolerance for any of our members who engage repeatedly in personal misconduct or acts that even bring the scrutiny and the allegations of corruption. And this is what the special committee has said. It’s a decision today for everyone to appreciate and to understand that the UDP – this era of the UDP — has a zero tolerance for corruption and we’re moving forward, doing our best to regain the trust and confidence of the Belizean people,” Barrow stated.

Barrow went on to say that the committee, prior to reaching their decision to deny Saldivar the opportunity to possibly serve as a UDP standard bearer, considered a range of allegations of “significant corruption” on Saldivar’s part that date back to 2012. Barrow commented that, while he is grateful to John Saldivar for his contributions to the party and was championing an “opportunity for redemption,” he is of the belief that Saldivar should withdraw from politics, and noted that he “pleaded with him to stand down.” In regard to what position would be taken by the Caucus for Change, however, the Leader of the Opposition made it clear that he does not speak for that delegation.

Notably, a statement issued by the Caucus of Change on Friday indicates in no uncertain terms their support of John Saldivar, which they plan to demonstrate through their votes at the NPC. That statement reads,

“The Caucus for Change is aware of a decision of the Special Committee of the UDP to revert to the National Party Council (NPC) to make a decision on the candidacy of John Saldivar in the Belmopan constituency. Our Caucus is clear and determined in our support for John Saldivar in the absence of any evidence to prove his guilt. We believe it is only right and just that the people of Belmopan choose their leader. We will therefore vote accordingly at the NPC.”