Woman busted with over 2 pounds of weed in cornflakes box 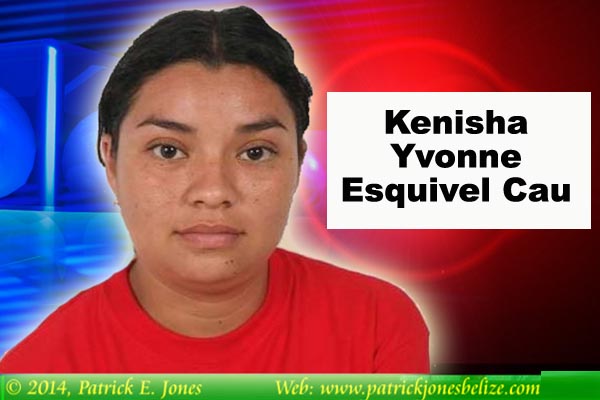 A woman has been released from custody on a bail of $4,000 and ordered to return to court on Monday, May 12, after she was taken to the Corozal Magistrate’s Court on charges of drug trafficking on Friday.

Police reports are that about 11:30 Wednesday at the northern border, while Customs officers were conducting routine checks, they noticed a Hispanic woman identified as Kenisha Yvonne Esquivel Cau, 25, of Alta Mira Area, Corozal Town, with a box of Choco Zucaritas Cornflakes in her hands.

They also noticed that there was a transparent plastic tape under the box, and the box was too heavy to be cornflakes. They immediately opened the box, and found two parcels of cannabis inside.

Cau was detained and handed over to the Corozal police, along with the Choco Zucaritas Cornflakes box and the two parcels of cannabis. The drug was weighed in Cau’s presence, and amounted to a total of 1,169 grams. Both parcels were sealed in her presence, labeled and placed as exhibits. She then was arrested and charged for the offence of drug trafficking.

Two workers at the Corozal northern border told Amandala that the woman had come from Chetumal and was about to undergo a Customs clearance, and she was carrying a child along with the box of cornflakes and other goods in a bag, but the corn flakes box looked suspicious, and there was an odor of cannabis.

After being cleared by Immigration workers, she went to the Customs desk, where the customs officer immediately took away the suspicious-looking cornflakes box and opened it. There were no cornflakes in the box, only weed.